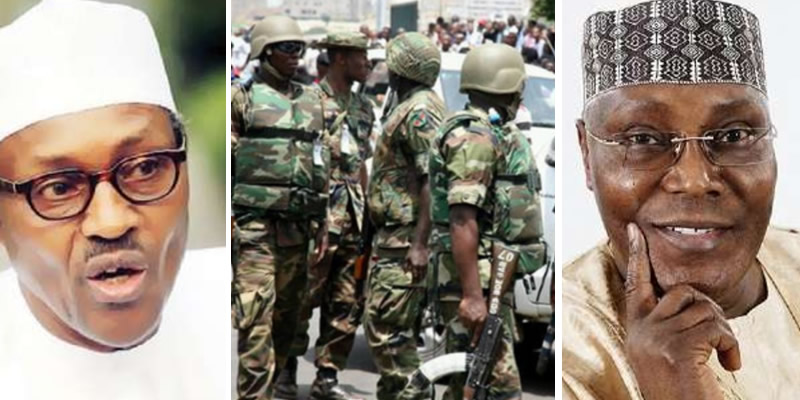 A witness called by the petitioners before the Presidential Election Petition Tribunal (PEPT) has admitted that himself and the Peoples Democratic Party (PDP) paid N10,000 to some soldiers during the last general election.

Suleiman Mohammed Bulama, who said he acted as the PDP’s ward collation agent in Jika Local Government, gave the information about the N10,000 payment in his written statement,which he admitted on Monday before the tribunal.

During cross-examination by lawyer to President Muhammadu Buhari, Alex Izinyon (SAN), Bulama, who was the petitioners’ witness, said he stood by his claim that they (himself and his party) paid the N10,000 to soldiers during the last presidential election.

When confronted by Izinyon that by their action they were bribing security officials, the witness said no. “We did not pay bribe.”