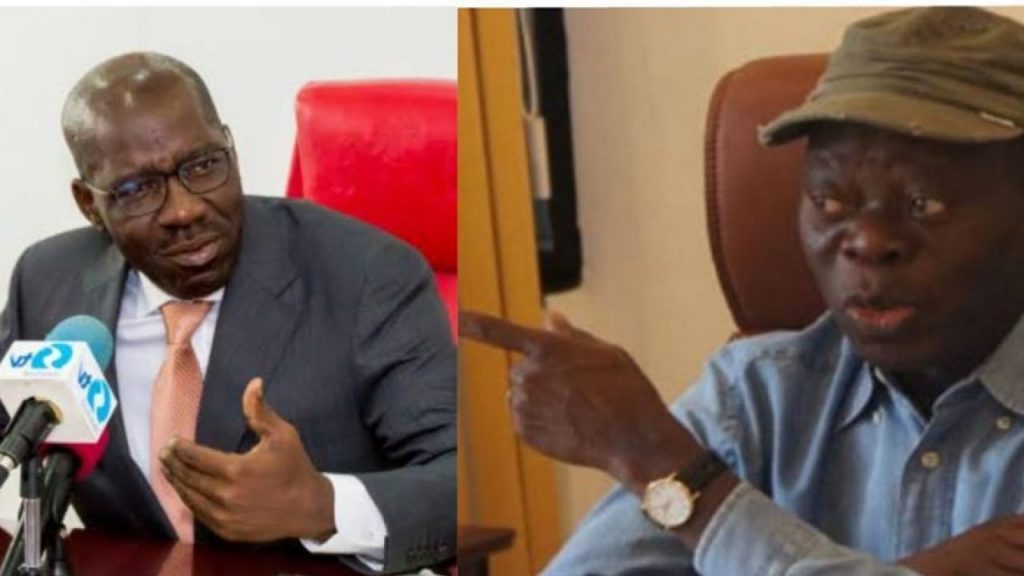 For months, the fight between APC Chieftains in Edo state has been on headlines and Governor Obaseki is finally speaking up over it.

The Edo State Governor while hosting members of the Benin Community resident in the Federal Capital Territory at Edo State Lodge, Abuja, on Friday, hinged the crisis rocking the state’s house of assembly on his refusal to share public funds with private individuals who claimed they brought him into power.

He further lamented that he has not been allowed to function as a Governor since elected, as decisions are taken on his behalf without notifying him.

I cant be governor and not a governor, I should be able to make decisions which are in my view and in the best interest of Edo State. If your children are fighting and you cannot settle them, then what authority do you have.”

He further alleged that the party’s National Chairman, Adams Oshiomhole was not interested in the peace of the state.

“The only thing they have said is that I refused to share money; I am not taking care of the people who brought me into office. I said 300,000 Edo people voted for me to be governor; if I do for the people, everybody will benefit.

“Is it not ironic that in a state where we have one party ruling, and that has all the 24 seats in the House of Assembly, we have this kind of a crisis?

“At the centre, we have our own person who is supposed to superintend (over) this (matter). So, if your children are fighting and you cannot come and settle them, then what authority do you have to even be a father?”

“I will not allow Edo State to be a pawn in anybody’s political chess game. For me, I keep asking the question, what have I done wrong? What is my offence that they want to now get people to come and create confusion in the state?”