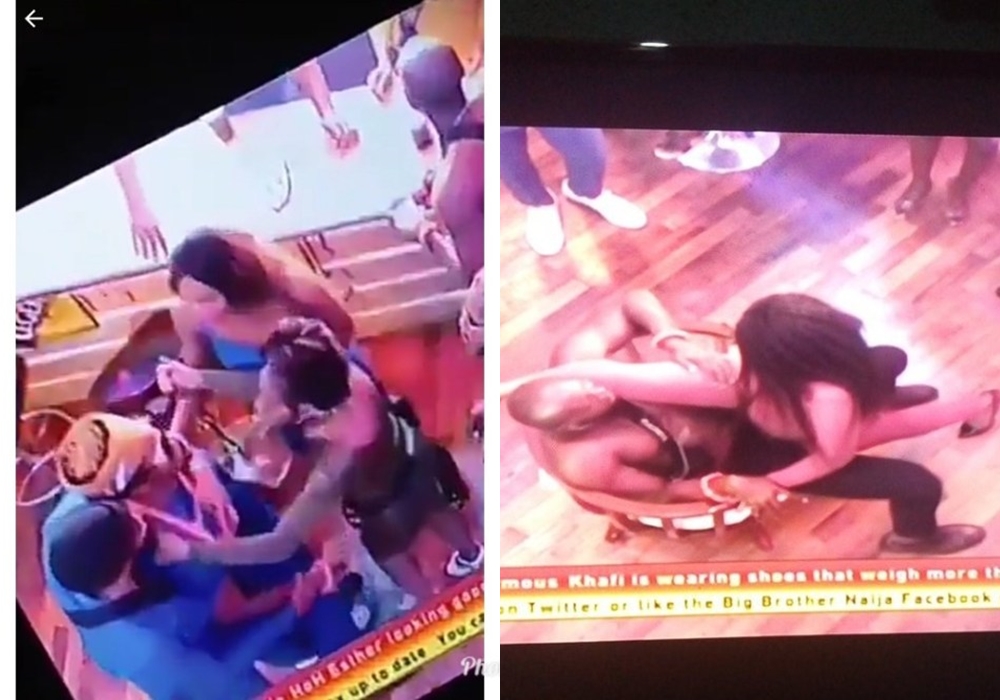 Part-Time Stripper and Birthday Boy, Tuoyo, shrugged off his emotional alter ego which was revealed after friday night’s games to bare it all on the dance floor as he didn’t fail to bring the life of the party. Mercy felt the signal of Tuoyo’s energy and she proceeded to serve “Pepper” with explicit dance moves that left viewers jaw dropped.

Mercy’s love Interest, was visibly upset by that action and later on went to air his mind to Tuoyo and it appeared the two had a MOU as the shook hands and hugged the hate away.

BBNaija’s Tacha and Mercy shade each other over ‘reality show’