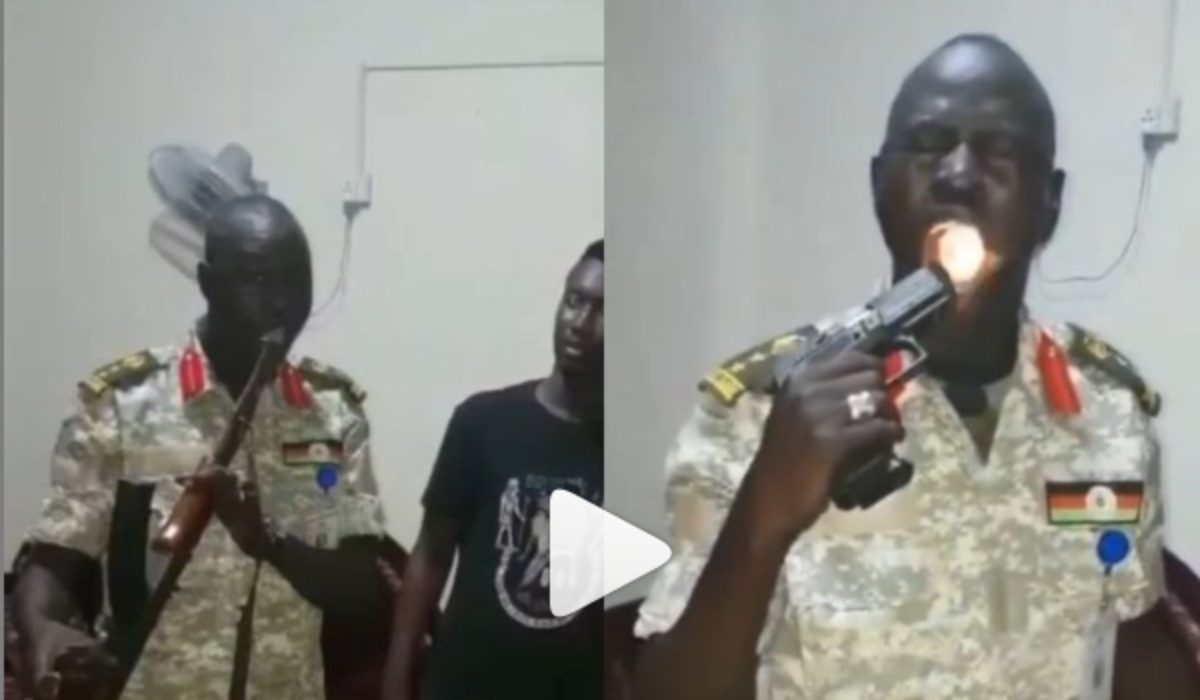 A yet to be identified African soldier took to social media to show off the potency of his bulletproof charm as he fires different types of guns into his mouth without any fatal injury.

According to him, no gun on planet earth including AK 47 assault rifle can penetrate him.

In the video which has gone viral on social media, the soldier fired three shots from three different guns into his mouth, one at a time. After each shot, he spits out the bullet unharmed, although the last gun fired was followed with a little blood but he seemed fine.

In the video, he was heard saying;

“Nobody can Bleep around us, you come close to kill, i Bleep you up.”