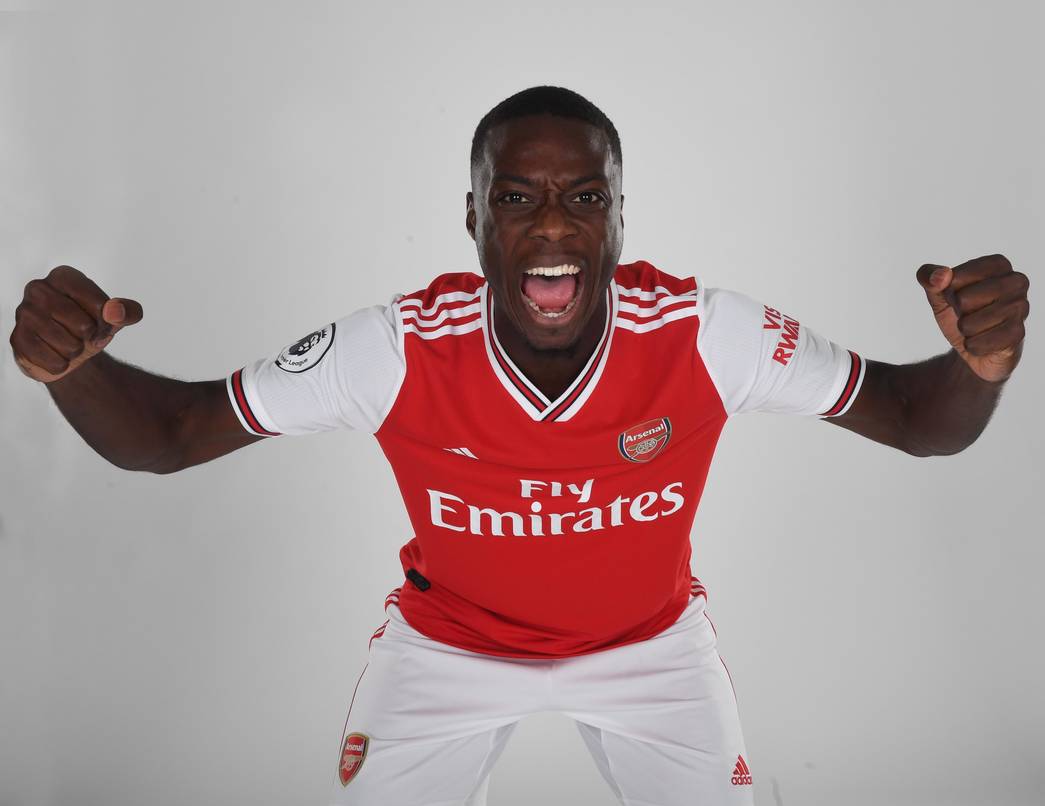 Arsenal announce the signing of Nicolas Pepe from Lille

Arsenal have fended off competition from some of Europe’s heavyweights like Liverpool, Manchester United and Paris Saint-Germain to land the exciting talent.

Pepe enjoyed a prolific campaign last season. He registered double figures for both goals and assists. He scored 22 goals and set-up a further 11 in a stunning individual term.

Speaking about his new signing, Unai Emery said: “Nicolas is a highly-rated and talented winger who was wanted by many of the top teams in Europe.

“Signing a top-class winger has been one of our key objectives in this transfer window and I’m delighted he’s joining. He will add pace, power and creativity, with the aim of bringing more goals to our team.”
So far this transfer window, Emery has snapped up Gabriel Martinelli, Dani Ceballos on loan from Real Madrid and William Saliba for £28 million.