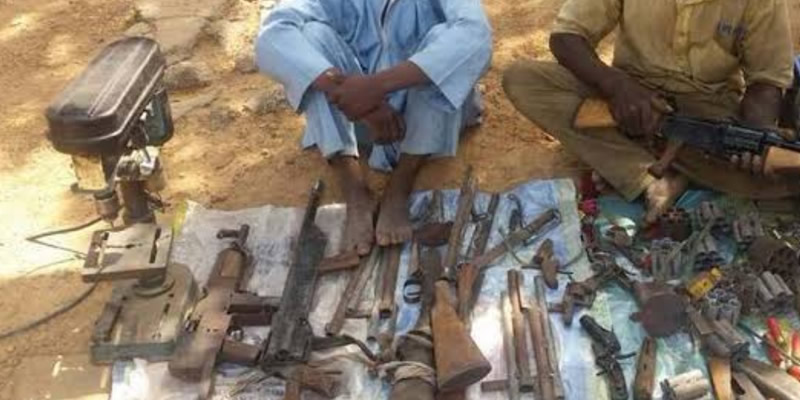 A High Court sitting in Ado Ekiti after freeing Mr. Efe Efi of two charges, includjng attempted murder and robbery owing to lack of evidence has also sentenced him to 10 years imprisonment for unlawful possession of firearm.

In the case with registration number HAD/10c/2018, the charges preferred against the accused person by the Department of Public Prosecution, Efi was accused and charged for attempted murder and robbery after he was arrested at Moferere area of Ado Ekiti on October 27, 2016.

Convicting the accused person, Justice Adesodun said: “A case of unlawful possession of firearm had been proved beyond reasonable doubt. The prosecution was able to establish the elements needed to link the accused person with the crime and he is accordingly sentenced to ten years imprisonment but the offender being a first offender , is given a sum of N20,000 as option of fine”.

During the trial, the prosecution counsel, Mr. L.E. Ojo from the DPP office called a witness, while the counsel to the defendant, Barr. owoseeni Ajayi called no witness.

Ojo also tendered the statement of the accused person as exhibit.

The convict was said to have made spirited attempt to rob a man, Adewumi Osasona, an Okada rider and student of Ekiti State University, who conveyed him from Ijigbo to Moferere of his motorcycle and was arrested by residents after another accomplice, who shot the victim had fled.