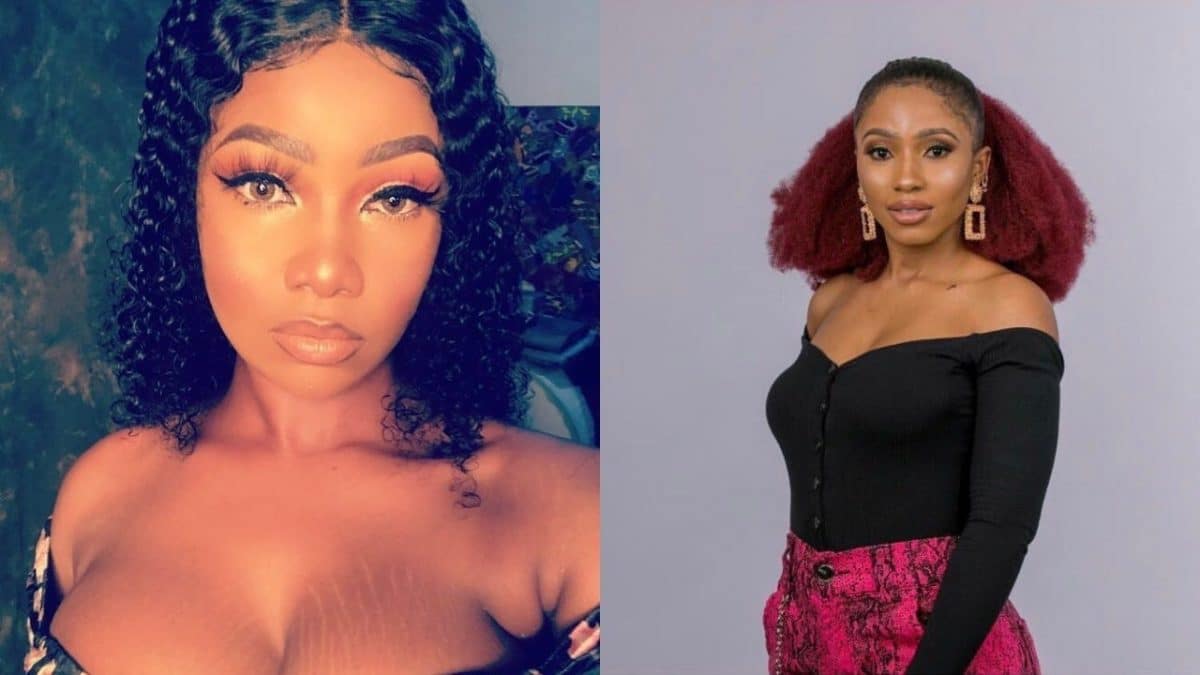 BBNaija 2019 housemates Tacha and Mercy have been issued strikes by Big Brother. The duo received the strikes on August 25 during the ongoing Sunday live eviction show.

For Mercy, this is her first strike. According to Biggie, she was issued this strike due to the several cases of provocation and violence that she displayed in the house especially during her fight with her love interest Ike.

Tacha, on the other hand, is receiving her second strike. She was given this strike because of the acts of disrespect she exhibited.

According to Biggie, the lady who calls herself Port-Harcourt’s first daughter undermined his authority in several occasions.

Even more, Biggie replayed videos showing the many times she disrespected his authority. Afterwards, he issued her the second strike. What this means is that if given one more strike, Tacha will be automatically disqualified from the show. See photos from the moment when they were both issued the strikes.

Biggie has gathered the Housemates in the #BBNaija lounge and is showing the fight between Mercy and Ike last night. https://t.co/pAbW70qxfM pic.twitter.com/KyPM2g0B5m

Tacha has been issued her second Strike for disrespect to authority and undermining the world of Big Brother.#BBNaijahttps://t.co/nbvX5lAjNv pic.twitter.com/3cvvZzYy93