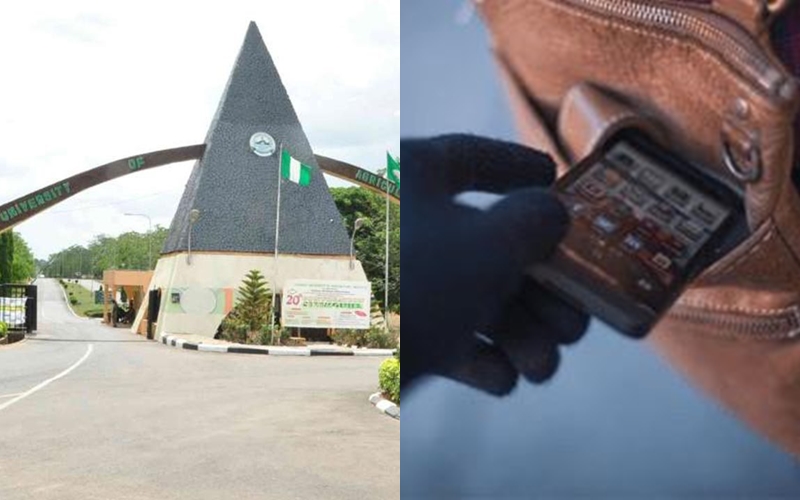 ‘I’m Sorry’, Read The Message FUNAAB Student Received From A Thief After Phone Got Stolen

A Twitter user shared a message his schoolmate at the Federal University of Agriculture Abeokuta (FUNAAB), got from a phone thief after the number was called repeatedly while searching for the missing phone.

The phone thief in the message sent, revealed that he decided to steal the phone because his has also been stolen his twice. He asked the phone owner to move on and also told them not to anticipate getting back the phone.

Read the message from the phone thief below: 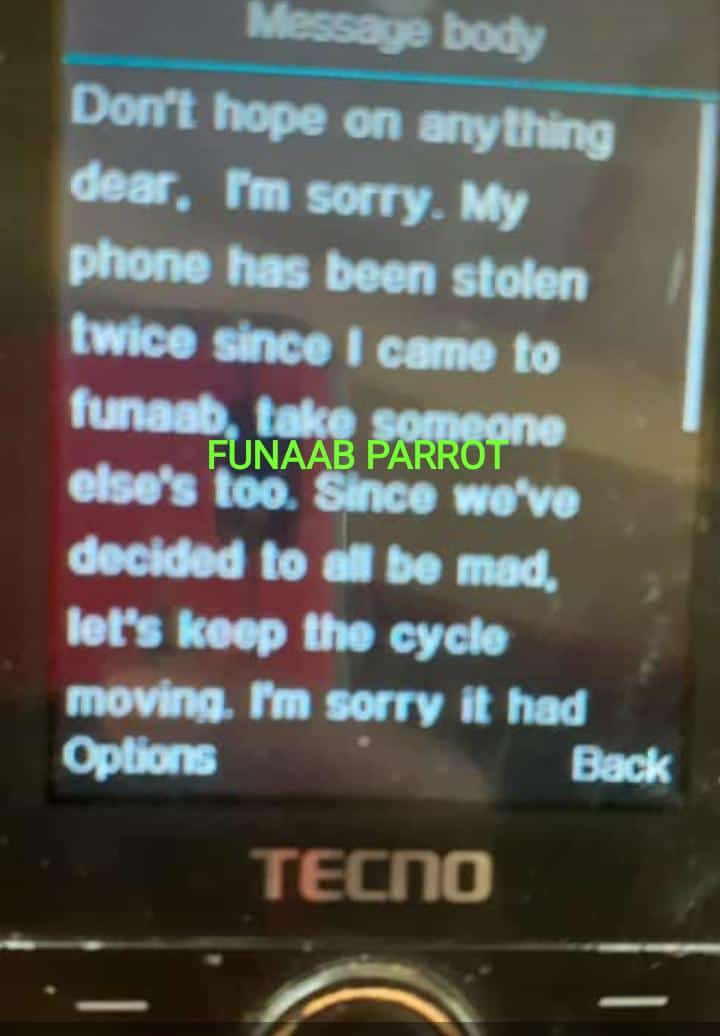 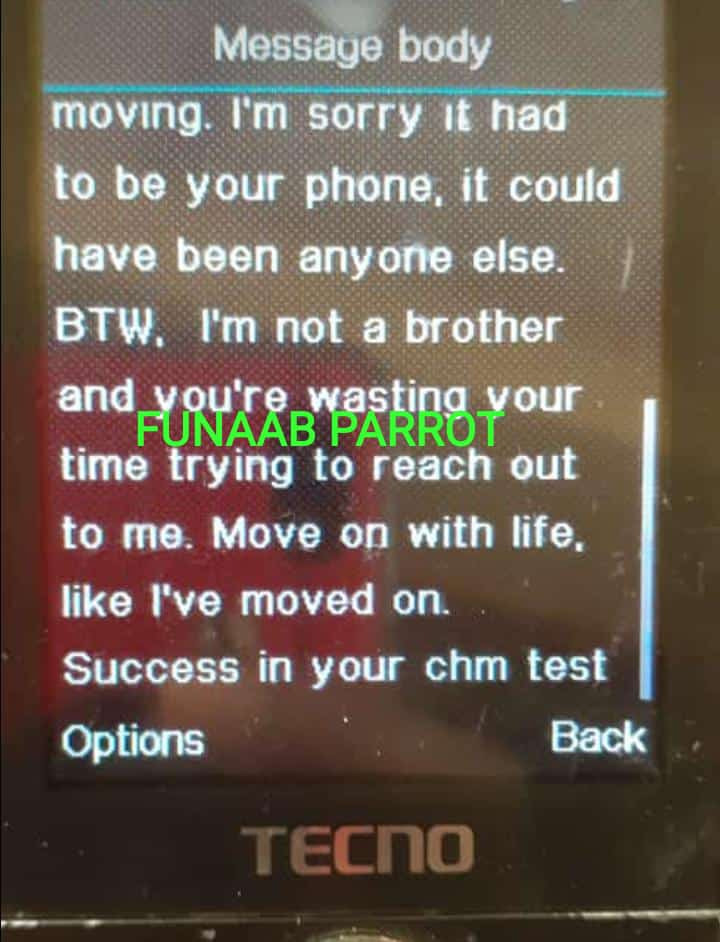