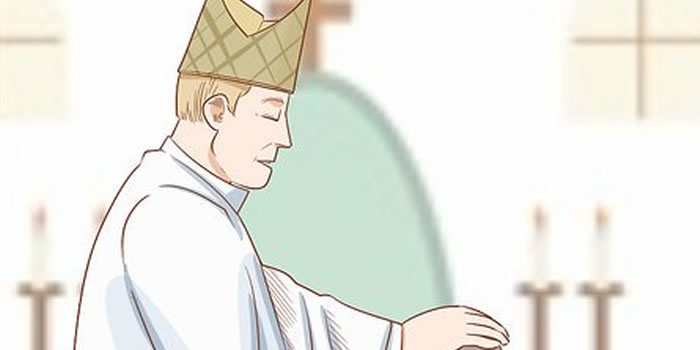 Some years back, once a Sunday morning Mass in the nations capital city, Abuja a young woman walked up to me. She was holding a fat brown envelope. She gave me the envelope ask me to please pray for her.

I asked her concerning the content of the envelope and what explicit intention would I be praying for?

She told me that she started working just a month ago and that she came to thank the Lord and to offer the first fruit of her work for God’s blessings.

What was in the envelope was her salary for that month. Her first salary. The entire money! Everything!.

In all honesty, I was speechless not for lack of words but for being unable to know where to begin. Inside me, I was like: do people still entrust everything they have to God in a child-like simplicity like this? I was moved.

In my heart, I said a prayer for her, that type of prayer that is deep down, it was as though it was the Holy Spirit Himself that was praying through me. I was feeling the answers to the prayers even before I finished praying.

VIDEO: Nigerian lady who has sickle cell anaemia and 2 chronic…

VIDEO: Nigerian lady fights boyfriend in Makurdi after he allegedly…

Then she knelt, I laid my hands upon her and blessed her and the money.

After prayers, I asked her to tell me how much was in the envelope. She said Eighty Thousand Naira.

Then I asked, “how much do you spend on transport daily?”.
She same “approximately N1,000 Nigerian monetary unit to and fro, Father.” That means for 27 workdays, it would be N27,000.

Then I spoke up again, “Sorry o, I am asking you too many questions, how much do you feed daily when you go to work?”.

She answered “It depends. If I need to eat well, I’ll use N800 Nigerian monetary unit with drinks, but mainly I spend just N500, and sometimes I carry food from home.”

So, I calculated in my head. Let say she spends five hundred Nigerian monetary units daily, twenty-seven workdays would be N13,500.

I went ahead to enquire about her accommodation and I discovered that she stayed alone in an apartment she just rented. We calculated by dividing the annual rent by 12 months and we discovered that if she was to pay rent monthly, it would be N12,500.

Her monthly electricity and water bill with other fees for house maintenance was put at N10,000…On phone calls and data, we approximated it to be N5000 monthly.

She spends N3,600 DSTV subscription monthly for a family bouquet.

When you put all the expenses together and subtract it from the N80,000, she would be left with N8,400 to buy foodstuff and other things in the house.

These are the expenses that she was sure to spend every month. We had not even talked concerning alternative things like cosmetics, doing her hair, clothes, gifts to family and even savings.

This is a huge sacrifice, in my judgement. I by design asked her those queries therefore to ascertain the depth of her understanding of sacrifice.

I brought out the envelope, bless it for the second time and gave it to her. I looked at her countenance and I knew she was not too comfortable with my action. Then I took the time to explain the Bible to her. That was once I discovered that such a lot of individuals don’t perceive however God works.

When God asks us for initial fruit or tithe or any sacrifice, it is not so that He will eat it. No! He does not need our money. When He asked Abraham to sacrifice his sole son, it was not because he liked seeing the blood of innocent children.

When He asked Abel and man to form a sacrifice to Him, it was not because he ate fruit or even drank the blood of rams. It is simply to test how committed we are, how willing are we to leave everything to Him. Do we, like Cain, choose offerings that we tend to now not want and provides to Him or can we, like Abel, empty everything to Him?

This woman that brought the primary fruit began to know for the primary time. Right from once she places the money within the envelope to rouse God, God had already accepted her offering.

The minister must not spend the money. It is just that most of us ministers are unfortunately greedy. And we use God’s name to cover it up. We often see the part of scriptures that favour our abdomen.*

Theologically, when you give to God, He transforms that gift and gives it back to you. The bread and wine individuals supply before mass area unit remodelled to the body and blood of Christ and given back to the individuals to eat and drink.

The son Isaac that Abraham gave to God, was transformed to be a channel that would bring….forth the fulfilment of God’s promise and given back to Abraham.

The offerings of bread and fish individuals brought were preyed upon and given back to them to eat and that they were stuffed, still there was leftover.

The Ugwu Kelvin that my folks offered to God, is given back to them as priest.

The money that the girl dropped at ME as her initial fruit is blessed and given back to her as a pure gift from heaven.