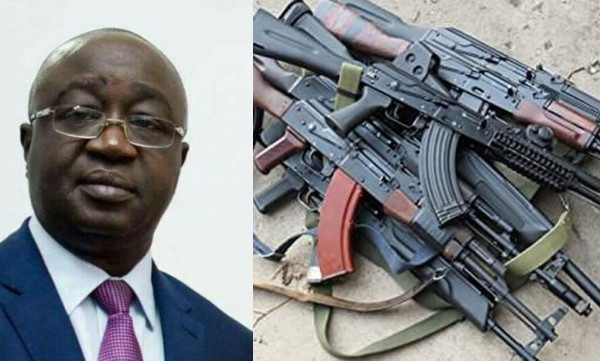 Operatives of the Department of State Security (DSS) have arrested one Muhammad Akazakwai, a kidnap kingpin who allegedly masterminded the fresh attack on the convoy of the Deputy Governor of Nasarawa State, Emmanuel Akabe.

According to Punch reports, the suspect was arrested at his mother’s residence in Kano where he was being treated for gunshot wounds, days after the attack in which 3 policemen and a civilian were shot dead and 50 AK-47 rifles were recovered from him.

“We have arrested him and his mother along with  one  Mallam.”

The source added, “While interrogating him, we recovered 50 A-47 rifles, which he claimed he inherited from his father.

“We also recovered hundreds of GSM sim cards and other valuables from him.”

It was further learnt that the kidnap kingpin has already confessed to the crime. He also reportedly told the security operatives that two of his men were in the bush with the seven AK-47 rifles they snatched from the slain police officers.

The source added, “Akazakwai is one of the dreaded kidnap kingpins terrorising  North-Central.