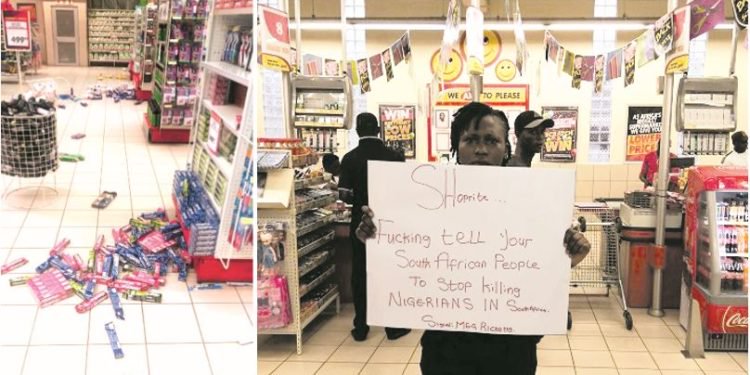 The Lagos State Government and Minister for Information, Culture and Tourism, Lai Mohammed have condemned the attacks on Shoprite outlets in the state.

In a statement released by the Commissioner for Information and Strategy, Gbenga Omotoso, he said that the attacks on Shoprite outlets are against the Nigerian spirit of accomodation and benevolence the country is known for”.

“The attention of the Lagos State Government has been drawn to the attacks on Shoprite Complexes at Jakande and Sangotedo Area of Ajah by some unidentified people claiming to be acting in retaliation against the attacks on Nigerians in South Africa.

“These attacks are condemned as they are against the Nigerian spirit of accommodation and benevolence that the country in general and Lagos State in particular is noted for”.

“The Federal Government is in dialogue with South African Authorities to stop this obnoxious act.  We appeal to our compatriots to eschew violence and any unlawful acts. The Lagos State Government wishes to reiterate its commitment to providing a conducive atmosphere where businesses are conducted without hindrances.