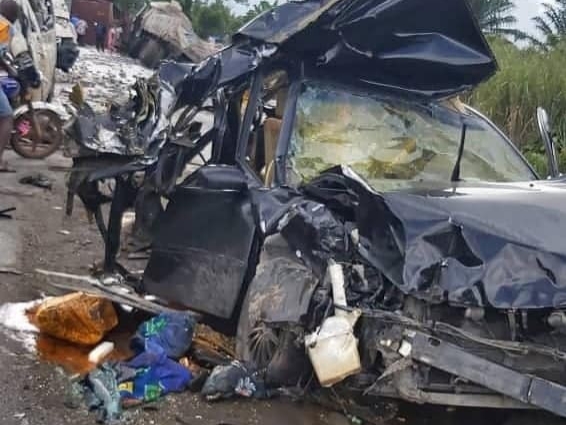 Tragedy struck in Anambra community as ten people died and many were injured in a fatal accident.

The accident occured near Agulu Lake in Aniocha Local Government of Anambra State.

Governor Willie Obiano, who visited the scene, promised to foot the bills of the injured.

He promised to put barricades on the road to prevent a recurrence.

An eyewitness said the truck’s brake failed and collided with four other vehicles.

The governor also visited St. Joseph’s Hospital, Adazi Nnukwu, where about 10 injured persons were being treated. He directed that speed breakers be built on the roads to check a recurrence.

Obiano sympathised with the bereaved families, and directed that the injured be taken to the teaching hospital in Amaku, Awk, for proper medical attention.