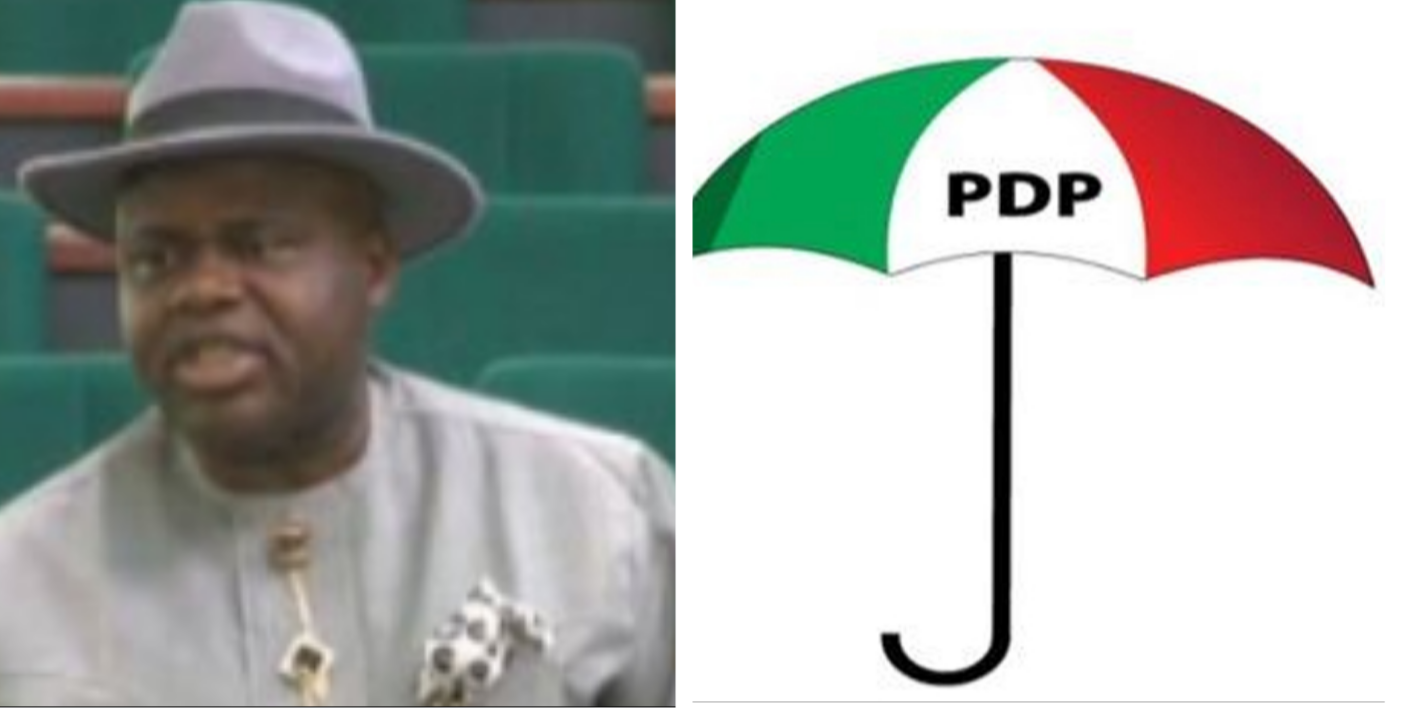 Senator Douye Diri representing Bayelsa Central Senatorial District at the National Assembly has emerged the candidate of the People’s Democratic Party (PDP) for the November 16 governorship election in Bayesla State.

Keniebi Okoko, a businessman and philanthropist came third after scoring  142 votes in the election, which was contested by 21 aspirants.

About 16 votes were declared invalid following multiple voting and other unrecognised patterns of casting ballots.

Diri emerged from the Restoration Caucus of the PDP led by Governor, Seriake Dickson, who presented him as the preferred aspirant of the caucus a day before the  election.

The election of Diri as PDP’s flag bearer further reinforced Dickson’s repeated assertion that his caucus remained a dominant force in the PDP and the state.

Jonathan Felicitate with President Buhari at 77

The election was adjudged free, fair and credible apart from pockets of violence that occurred during the accreditation, which was repelled by security operatives.

Declaring him winner of the election, the Returning Officer and Governor of Taraba State, Darius Ishiaku, said Diri satisfied all conditions contained in the constitution of the PDP having scored the highest number of the vote cast.

A breakdown of the accredited delegates according to their local government areas showed that 196 were from Southern Ijaw; 169, Yenagoa; 164, Sagbama and 150, Ogbia.

Arrangements for actual voting commenced at about 11pm following the arrival of the Returning Officer and Governor of Taraba State, Darius Ishaku, his committee members and observers from the National Independent Electoral Commission (INEC).

Ishaku invited the agents of the parties to come forward to be guided through the process and read the Riot Act to the delegates and aspirants.

A former Chairman of Southern Ijaw, Chief Tiwe Oruminighe, who was an agent of one of the aspirants and former Managing Director, Niger Delta Development Commission (NDDC) observed that the state party officials should stop identifying with the committee since they were delegates and interested parties.

Ishaku ordered the Chairman of the party, Cleopas Moses and the party secretary, Keku Godspower to be at  the rows allocated to their local government areas.

Jonathan, who arrived at about 11:20pm, was given thunderous ovation by the delegates and was also recognised by the Governor of Taraba State and Returning Officer, Darius Ishaku

The former President after exchanging pleasantries with the electoral committee went to sit at the row allocated to Ogbia, his Local Government Area.

The Darius Ishaku-led electoral committee distorted the alphabetical order of voting to allow former President Goodluck Jonathan the privilege of voting first in the primaries.

Jonathan was asked to lead delegates from Ogbia, his Local Government Area, to cast their votes first instead of Brass local government area, which should have come first by alphabetical order.

Dickson was also given a privileged treatment after Jonatha as he was asked to lead the Sagbama delegates followed by his Deputy, who led the Nembe delegates.

People don’t change, we only vote for people we don’t know –…