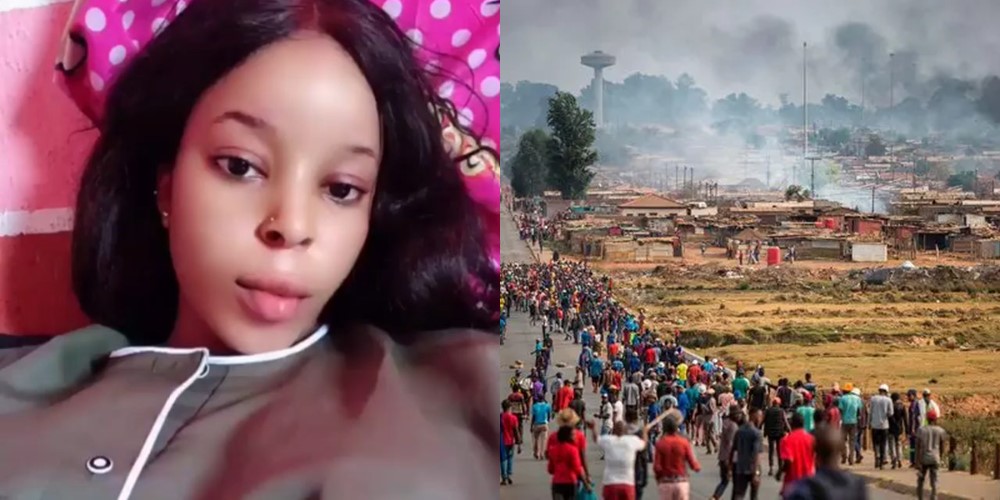 Following the outrage trailing the xenophobic attacks in South Africa in which many Nigerians reportedly lost their business and some, their lives, many people have taken to social media to react to the issue, mostly condemning the act.

Just recently, a video of a lady claiming to be South African, went viral on the internet after she stated some reasons why South African men don’t like Nigerians.

In the video, she stated that Nigerian men know how to take care of South African women way better than South African men. According to her, their men are selfish and thus, they make it easy for Nigerians to have their women.

Video: Lady accidentally killed by soldier invited by her sister to…

She went on to state that it was the reason South African men are angry at Nigerian men.

While some people agreed with her, many people however could not get passed how inauthentic her accent sounded.

“real_kathy_: Ahh dis one no be SA babe, she’s from kogi”

“serahclara: I feel like this is a combination of south African and igbotic accent.”

“charlytivity: Where in Calabar are U from?”
“rebeccaimelda83: Why do I feel this lady is a Nigerian ”

“_joy_burgundy: What in the Igbo accent is going on here ”

Diezani loses over 2,000 jewellery worth $40m to Nigerian govt

EXCLUSIVE: Ede Poly shut down after ASUP vs SU Crisis

Nigerian lady whose dad and many others were reportedly killed and buried in secret,…