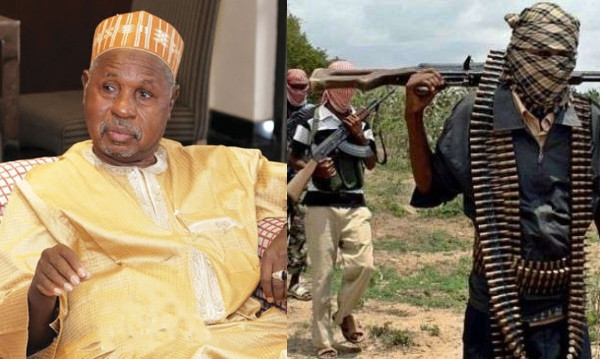 The Katsina State Government has released six bandits in her custody on Tuesday, September 10 in exchange of 20 kidnapped persons in the state.

The exchange was confirmed by the Katsina State Governor, Aminu Masari after a closed door meeting with the bandits.

Some bandits identified as Abdullahi Mairafi, Audu Danda, Ardo Nashawali and Sale Dangote had earlier surrendered their AK-47 and ammunition to the governor at Shinfida village in Jibia Local Government Area of the state.

Abdullahi Mairafi, one of the repentant bandits has promised to work for peace in the state after renouncing banditry. While reacting to the new development, Mairafi disclosed that all weapons and ammunition in their custody and other militia groups have been surrendered to Governor Masari because they see beyond releasing captives only as ways of making peace.

The state government was also advised to provide health centres, dams and schools for Fulani herdsmen living in rural areas.