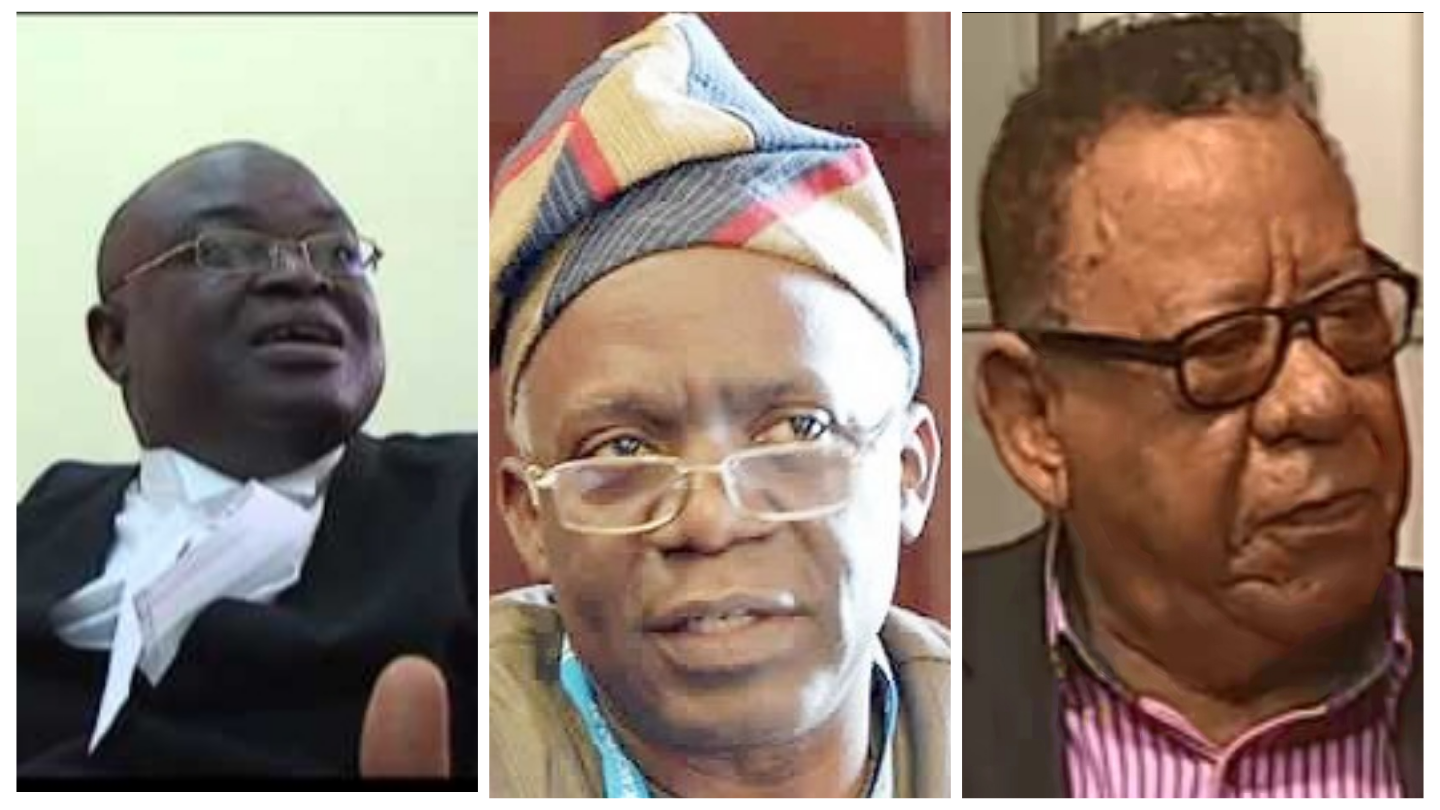 They said the judgment was unimpeachable and that the petitioners had only themselves to blame.

Those who spoke include Senior Advocates of Nigeria (SAN) Robert Clarke, Femi Falana and Rotimi Jacobs.

The Tribunal dismissed in its entirety the March 18 petition by Atiku and the People’s Democratic Party (PDP) challenging INEC’s declaration that Buhari won.

It said it came to an inevitable conclusion that the petitioners did not prove any of the grounds of the petition as known by law and consequently discarded the petition in its entirety.

“And the petition is hereby dismissed in its entirety,” lead judge, Mohammed Garba said.

Clarke agreed with the Tribunal.

He said the petitioners failed to show why Atiku of the People’s Democratic Party (PDP) should have been declared winner by the Independent National Electoral Commission (INEC).

“The petitioners failed woefully to prove their case,” Clarke said.

He praised the tribunal for clarifying the Buhari certificate saga.

According to him the PDP’s star witness that was supposed to prove that INEC transmitted results via a server, was unconvincing.

Clarke said: “…They have an array of lawyers there. Why should they bring a man as their sole witness to talk about server when he knows nothing about it? That is their point, but they have to pay the price.

“Secondly, on the question of certificate, the Constitution says you either have a certificate or you have attained certain training. Buhari went to the army and came out as a General. The school, even if nobody brought any evidence, the military (evidence) that was produced at the Tribunal was enough to indicate that he went to school, he sat for an exam and he entered an institution that was higher than a school certificate and he came out as a General. So, don’t let us beat about the bush. They have failed. It is their fault and they have to live with it.”

Falana also agreed with the judgment.

He said: “As far as the Nigerian electoral jurisprudence is concerned the judgment… is sound and unimpeachable.

“In Buhari v Obasanjo the Supreme Court pointed out that it is virtually impossible to annul a presidential election in Nigeria. For 16 years the PDP didn’t allow any serious electoral reform.

“The findings of the Court on Alhaji Atiku Abubakar’s nationality and Alhaji Buhari’s qualification to contest the election tally with the provisions of the Constitution.

“Since President Buhari has said that the victory belongs to the Nigerian people, then the federal government should be retrieved from western and Chinese imperialism and manned by the genuine representatives of the Nigerian people.

“Furthermore, the Buhari administration should implement the recommendations of the Uwais, Lemu and Nnamani panels on electoral reforms.”

For Rotimi Jacobs SAN, the “judiciary has done well.”

“It has, within the shortest possible time, within the time allocated, the tribunal was able to sit within the period, made sacrifices, not going on holidays despite the fact that the period fell within the annual vacation of judges, they made the sacrifice and didn’t go for the holidays.

“It’s good for us, we were able to see the end of the case, now, either party is at liberty to appeal to the next level, which is the Supreme Court. So, I think it is good for us, at least some areas we were in doubt were clarified, particularly as to transmission of results by server. That has been resolved. “

He added: “I’m looking forward to a situation where elections will no longer be challenged in court. That is where other countries are leaning towards. It shouldn’t be that after every election, courts will be flooded with election petitions. It is not good for our development.”