40-year-old Kenneth Ganiu Ninalowo believed to be a brother to Nollywood actor, Bolanle Ninalowo has been arrested by the FBI on charges of laundering over $1.5 million in Chicago.

The money, according to the FBI is derived from scams targeting an unnamed Chicago-area community college and an energy company, who were defrauded into sending approximately $5 million to fraudulent bank accounts controlled by Ninalowo and his partner, 27-year-old Brittney Stokes.

The two were charged as part of a larger investigation, which included the arrests of over 280 individuals, including 167 in Nigeria, 18 in Turkey and 15 in Ghana.

The Department of Justice says arrests were also made in France, Italy, Japan, Kenya, Malaysia, and the United Kingdom.

Kenneth Ninalowo is however said to be a brother to popular Nollywood actor, Bolanle Ninalowo. He is the second child of eight children and a native of Ikorodu Lagos state Nigeria.

Though we cannot independently verify their relationship, Bolanle Ninalowo’s bio online, however, says he also spent a lot of his growing up years in Chicago same as Kenneth;

‘Bolanle was bred in Lagos before travelling to Chicago in the USA when he was only 15 years old. After getting to the US, he spent another 15 years studying and graduating from Devry University with a BSc in Accounting. He didn’t end his education there, he furthered at Keller Graduate School of Management in Chicago where he got a Masters in Marketing’. 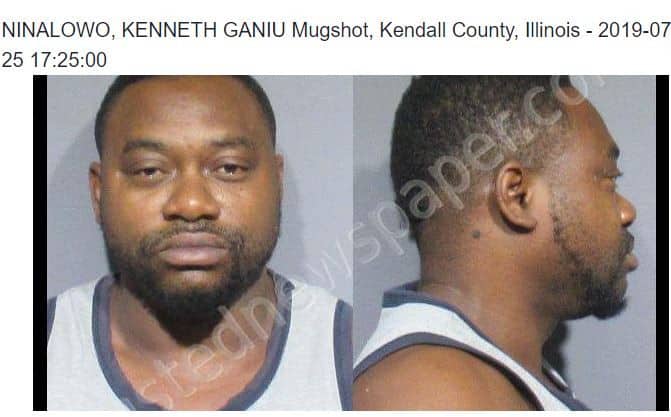 Fraudsters Are Impersonating Our Phone Numbers And Agents – FBI Says

Those celebrating fraud on social media to be arrested – Dolapo Badmus