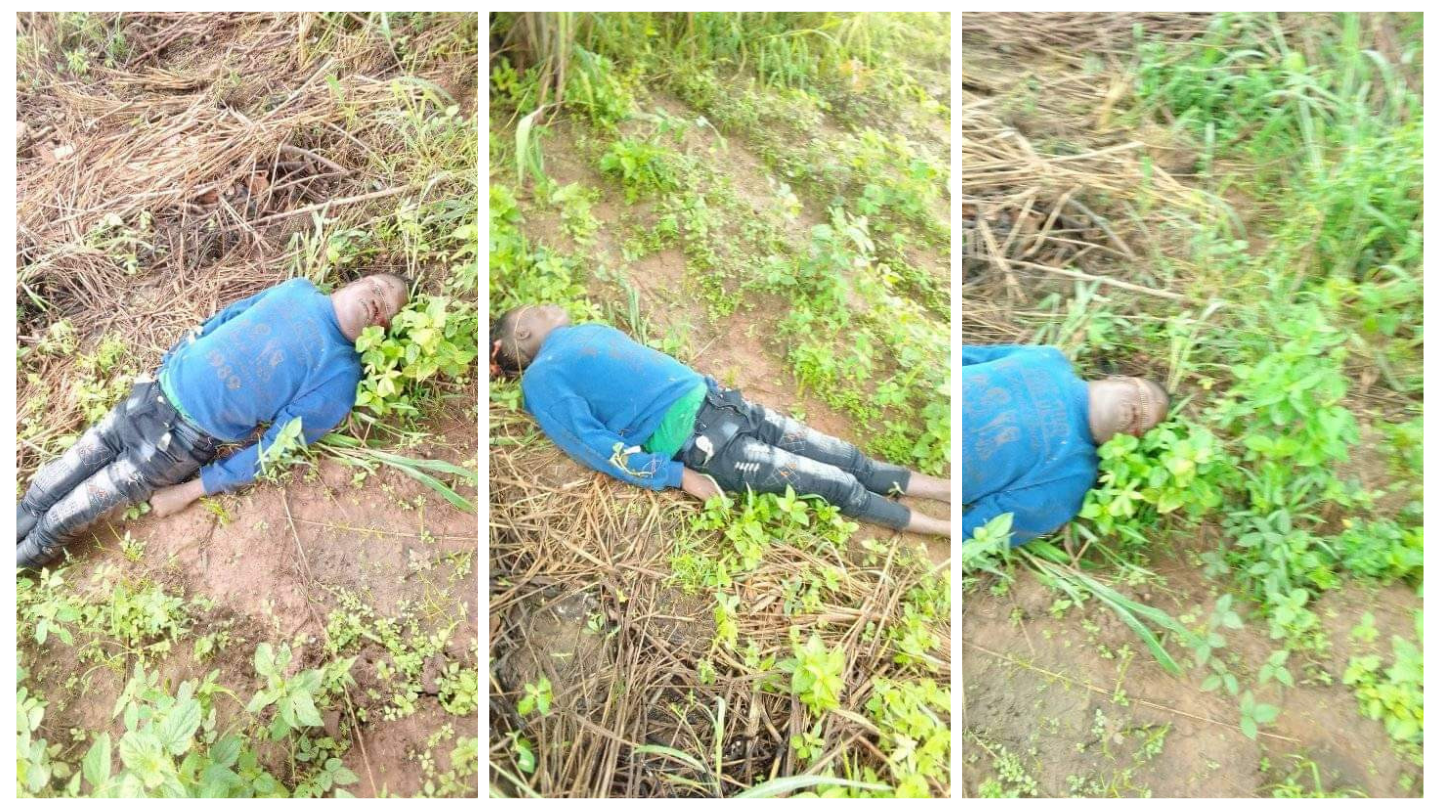 PHOTOS: Tension in Benue community as body of yet to be identified man found inside bus

Tension in Benue community as body of a yet to be identified man was found in a bush along Daudu to Tse-Nyikwagh road on Monday night, September 9.

A close look at the body, there are visible traces of gash on his head which literally means that he’s suspected to have been murdered.

According to a facebook user, Lortyer Johnson Terver who shared the photos of the unidentified man on the social media platform, he said:

“Show to the person close to you and share. U might be a link between him and his family.His dead body was discovered last Sunday along daudu to tse-Nyikwagh  road He is still there as I speak” said

In other news, the Federal Government has approved construction of the $5.3bn Ibadan to Kano standard gauge rail line project.

Mugabe to be buried next week in his village ― Family

Tragedy as varsity student dies in fatal accident in Bayelsa

Photos of Crocodile caught and butchered for meat in Bayelsa