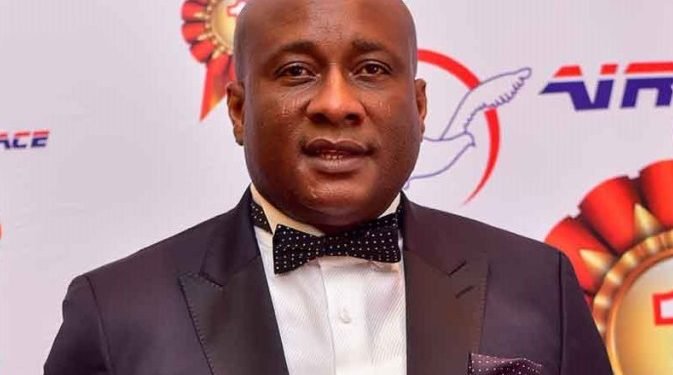 The Chairman of Air Peace Airline, Allen Ifechukwu Onyema is no doubts a name on the lips of every Nigerian over a patriot act he’s done by conveying hundreds of willful Nigerians from South Africa to Nigeria.

Owing to xenophobic attacks on foreigners in South Africa, Onyema on 11 September, 2019 wilingly volunteered his Air Peace Boeing 777 aircraft for the evacuation of about 187 Nigerians.

Here are 15 things you probably didn’t know about the generous man behind Air Peace.

1) In 2007, a friend told him that one commercial Boeing 737 could give jobs to over 150 persons. So, he went into Commercial Aviation with his wife just to create jobs for the people. According to his interview with City People, he said, “If it was about profit, I would have kept the money in the banks and be getting double digit interests on my investments.”

2) He named his airline Air Peace same with others of his business concern.

4) He squatted in Oshodi and couldn’t afford taxis or buses; he would go to Lagos Island by rail. Going back to Oshodi, he would trek from Marina to Iddo to join the overcrowded trains. He wanted to practice his profession as a lawyer.

6) Onyema was born in Benin City, Edo state in 1964 to parents of Anambra State Origin. He had his early education in Benin.

8) He left Government College in 1984 having obtained his Higher School Certificate and was directly offered admission to read law at the Nigeria’s Premier University, The University of Ibadan in the same year.

9) It was in the University of Ibadan that his appetite for peace made him to lead a group of nine other students to travel to the ancient city of Zaria to quell a raging religious and ethnic riot that claimed lives. As a result of the publicity he and his colleagues received on return to their campus, their enthusiasm grew and this led to the formation of a group known then as Eminent Friends’ Group – a group formed with the objectives of promoting ethnic harmony amongst Nigeria’s diverse ethnic nationalities and fighting the incidence of violence of all forms in our nation.

10) On graduation from the University in 1987, he established branches of the Organization in all the States of the Federation. While in the Nigerian Law School in 1987, he combined his studies with social activism bothering on engendering peace in Nigeria.

11) He was called to the Nigerian Bar in 1989 and started his legal practice in 1990 in the Law Firm of Nwizugbo & Company and rose to become the Head of Chambers by 1992.

12) He resigned from this law firm to establish his own outfit ONYEMA & CO. He equally floated the property Company of Allen Onyema & Company and an import trade outfit- Continental Business Links Ltd.

13) Onyema was appointed to the Executive Board of The Global Nonviolence Conference Series Inc. USA with notable world leaders as Hon. Dr. Andrew Young and Suarez Ramos as members. By this appointment which was confirmed in April 2007, he became the second African ever to be so appointed to the Global Board.

14) His works of peace particularly in the area of transforming the restive youths of the Niger Delta Region has earned him several national and international honours and recognition.

15) Onyema initiated, organised and held with the support of the Federal Government of Nigeria, the “1st Nigeria forever project” in 2005 – a project geared towards the promotion of broad nationalism as against ethnic nationalism.

16) He won the hosting rights for Global Conference on Nonviolence and Peace in Abuja from December 3-5, 2007.

17) He is married to Alice Ojochide Ejembi from Kogi State with whom they have four children. They met in Abuja and married in 1993.