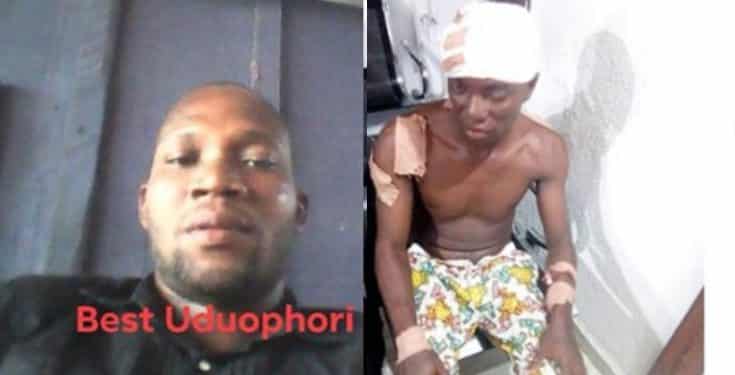 Best Uduophori, a #PDP supporter, has allegedly stabbed his neighbour who is a loyalist of the #APC, Elvis Omoiri, for celebrating the victory of Pres. Buhari at the presidential election petitions tribunal.

According to reports, Omoiri, had gone to a beer parlour belonging to Uduophori at Okolona, Effurun in Warri on Thursday, a day after the court judgment, to have a drink with friends to celebrate Buhari’s victory, when he was reportedly stabbed by the owner of the joint.

Trouble allegedly started when Omoiri expressed his delight at the judgment, but Uduophori disagreed with him. Angered, he then broke a bottle and stabbed Omoiri.

“Best always antagonized Elvis because of their political differences and while discussing, they had these disagreements and stabbed him everywhere and was even resisting those who tried to rush him to the hospital,” an eyewitness said.

The victim is said to be struggling to survive at an undisclosed hospital over injuries he sustained on his neck, head and other body parts.