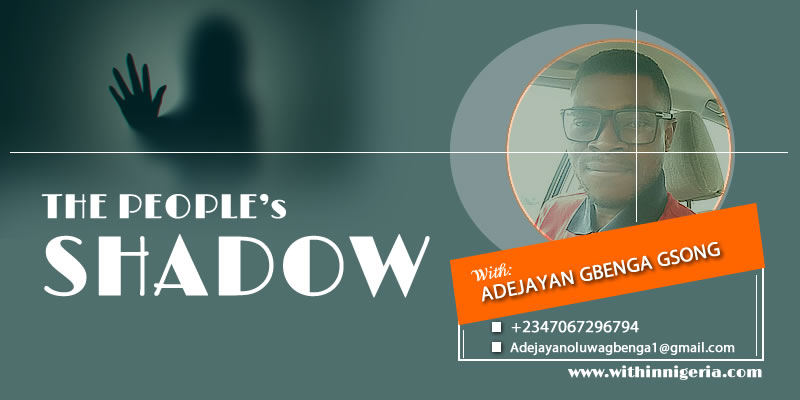 Nigeria, Protest and our Youthful Agony

Distinguished readers, I was in a state of bewilderment when the Convener of ‘urMumuDonDo Movement’, Mr. Charles Oputa, a.k.a Charly Boy publicly announce that ‘he will no longer take part in protests and that variably national issues cannot be change by street protests’.

If this can be pronounced publicly by a self-claimed activist who has spent over 40 years of his life leading protest for a better Nigeria, fought for the rights of military pensioners during the Abacha-led military administration by marching to the Ministry of Defence Headquarters in Abuja to demand payment of their pension arrears, spearheaded campaigns for Nigerian widows as claimed, who else dare take the bull by the horn? Is this not an indication for the Youths of today that this generation is not ready for change?

Definitely it is a signal that Nigeria is not worth dying for and that freedom of expression is no longer alienable as bethrowed by the Nigeria Constitution.

Our Youths that have taken lead roles in public protests, is this not an eye opener for them?

Shameful enough, Nigerian political leaders had remained insensitive to the plight of ordinary Nigerians over the years yet they are not even moved by protests to hold them accountable. And lot of Nigerians given up on their country because of bad leadership over the years, and do not believe they have a say (Protest) in the affairs of their country.

It is a national shame that protest – an instrument of Social change lost its ground, instead our polity seems to be placing far-reaching restrictions on the rights to freedom of expression and peaceful assembly.

NASU, SSANU to embark on 3-day protest over IPPIS, others

Recent incident which left my mouth wide open was that of FUOYE, how Police Operatives killed innocent students of Federal University Oye-Ekiti (FUOYE) Ekiti State during a protest against poor power supply in the town, amidst this rather than ensuring that the police officials who murdered two innocent students of Federal University Oye-Ekiti are brought to book, the Nigeria Police still launched a manhunt aimed at victimising innocent and harmless students by indiscriminately apprehending student-protesters who demanded Justice. Is the Citizen rights still as a trivet? Citizens are now threatened, feared in demonstrating protest which is a civil right.

Remember Sahara Reporters publisher, Omoyele Sowore who ran an energetic campaign that caught the attention of many disenfranchised and disillusioned Nigerians as he pointed out what he saw during the the general poll as ‘irregularities’.

Sowore came up through the aftermath and formed the Revolution Now! Movement which was termed ‘Treason’ and who was alleged of civil disobedience too. Was it not a Protest?

Well I won’t lay much emphasis on Sowore’s incommunicado but it is so shameful how Nigeria government now leave peaceful protesters at risk of death, unrest, arrest and imprisonment while allowing authorities to prohibit demonstrations they do not agree with.

We have suddenly become a silencer; our guns now reduces the sound it emits. When citizens are thrown into the pits of silence by security agencies for raising their voice, killed (during protests) for doing their bounden duty of holding any government to account, totalitarianism reigns.

Whereas, free speech would mean nothing if there was no right to use public spaces to make views known, as such Freedom of speech and freedom to protest are closely linked as the government exists because of the people.

Over the past 5 years, Nigerian-protesters has witnessed unprecedented and excessive use of force by the the Nigeria police officials, Police action against protesters which already amount to torture and cruel or inhumane treatment.

What is the way out, how do we forestall future occurrences of incommunicado and death of youth-protesters who just want to voice out? Since the present administration will not encourage a peaceful voice out, shall we continue to leave lives of peaceful protesters at risk?

The era of placard carriers should be over, Increasing youth representation in Nigeria’s closed political system will be an uphill battle but this is what Nigeria need to have a turnaround. Youth could foster a more inclusive politics from within.

But unfortunately Over the years, the youths have lost hope in the entire Nigeria electoral process, they decide to stay away instead of making a contribution to a system that mocks their efforts, youth seems to be getting more interest in carrying placards around. Infact while youths hoped to be at the new vanguard of political progress, they were more often drafted to serve as thugs and henchmen for the same older political class who had long deprived them of their national cake.

The problem is not that there hasn’t been political inclusion for the youth in the country, but today’s Nigerian youth have kept themselves in the beggarly mode of entitlements instead of rising up to the challenge to make their marks and earn their places of honour they have constantly being a carrier of placards.

Undubitably, Charles Oputa Pronoucement is an evidence of our long time agony as a nation, a nation that is not yet ripe to liberate, listen to its citizenry and profess its people as the basis for its democracy.

The bitter truth remains: our generational agonies is too much to bear as a nation and cannot just be solve by mere protest,this is what protesters must learn from charle Oputa’s assertion ( someone who protest has failed for over forty years)

Hence,now that the law ensures that young people are no longer spectators, and campaigner merchants.

Youths should see this as an opportunity to actively run for public offices with constitutional backing instead of carrying placard, protesting and leaving more lives with the risk of death, imprisonment and incommunicado.

Adejayan Oluwagbenga Gsong is an Opinion writer and Columnist of ‘The People’s Shadow’. He can be contacted via +2347067296794 or [email protected]