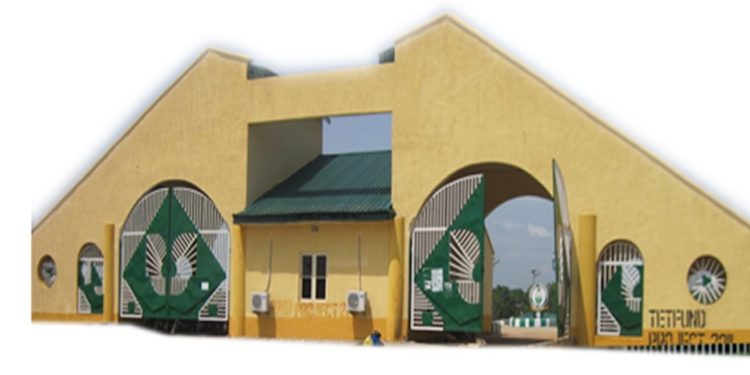 The management of the Federal University of Oye Ekiti (FUOYE) has constituted a 12-man investigative panel to unravel the root cause of the violent protest, leading to an attack on the convoy of wife of Ekiti State, Erelu Bisi Fayemi.

The students had on Tuesday staged a violent protest in Oye Ekiti over incessant power outage in the institution, leading to attack on Erelu Fayemi while on an empowerment and advocacy tour to engage with women in the local government.

They were said to have engaged the security operatives detailed with the First Lady in a clash with two persons reportedly killed and several wounded with over a dozen of vehicles vandalised by the rampaging students.

According to an internal memo signed on Thursday by the Director of Administration in the office of the Vice Chancellor, Mr. Olatunbosun Odusanya, the panel will be headed by Deputy VC, Prof. Abayomi Fasina.

The management led by its VC, Prof. Kayode Soremekum, said that the step was part of measures to forestall future occurrence and to also sanitize the university system.

The management, according to the memo, gave the panel two weeks to submit its report.

The panel is taking off as the Ekiti Police Command arrested two students of the Federal University, Oye Ekiti in connection with the attack.

Speaking with journalists in Ado Ekiti on Thursday, the Police Commissioner, Mr Asuquo Amba, said two of his men were wounded while two police vans were burnt during the attack.

“Two persons have been arrested and one of them had confessed to the commission of the crime.

The CP, who condemned the attack on the police while performing their constitutional duties, said it was uncalled for his operatives to have been attacked in an attempt to restore orderliness.

“It is sad that police are being attacked by criminals and the civilians whom we are protecting are also attacking our people.

“We won’t rest until the perpetrators of this dastardly attack are arrested and brought to justice,” Amba said.

The police chief added that the two rifles stolen from the police during the crisis have been retrieved.

The lawmaker representing Ekiti North Federal Constituency, Peter Owolabi, has demanded for a through and full svale investigation into the matter by the security agencies.

Owolabi who condemned the ugly incident, berated fifth columnists for distorting the story for any intended reasons, adding that Ekiti people and Nigerians know that Erelu Fayemi was a human right activist and social crusader.

According to a statement on Thursday in Ado Ekiti, he said: “It was neither new nor out of place for citizens especially students to express their grievances but that such should be done in a civil manner.

“But it was rather unfortunate that the hijacked protest by hoodlums cost the students the opportunity to meet the first lady who is a human right activist herself and who could have conveyed their message to appropriate quarters.

The lawmaker, however, commiserated with the family of the deceased, wishing those who are still receiving treatment a speedy recovery.