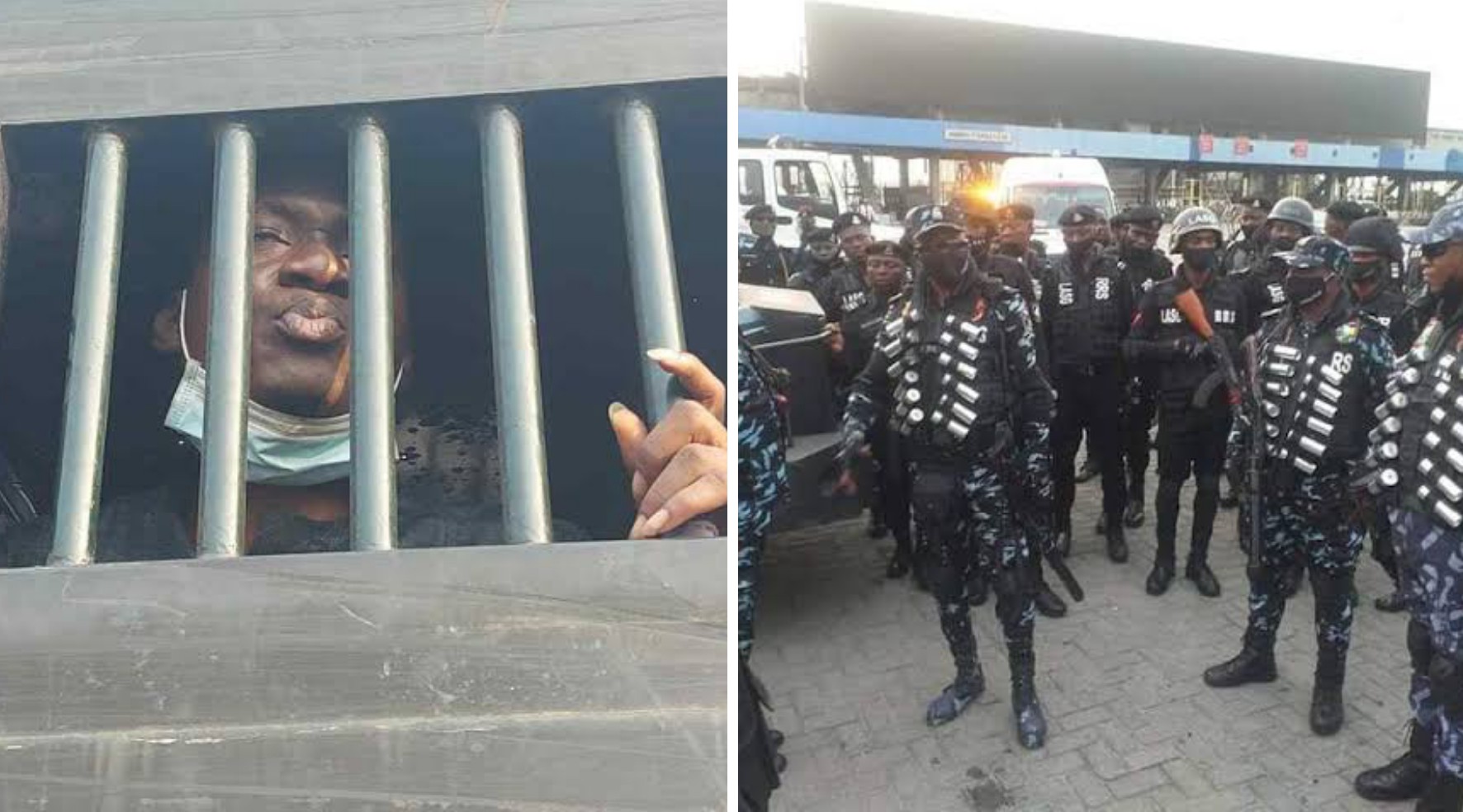 Armed police officers deployed to the Lekki Tollgate Plaza have arrested about a dozen protesters, the first batch to arrive at the tollgate.

The protest, tagged #OccupyLekkiTollgate, scheduled to begin at 7 a.m. Saturday, was against the reopening of the tollgate.

Another group of protesters, who tagged theirs #DefendLagos, had also planned to gather at the site at the same time, threatening the former group to stay away.

Amidst the threat of violence, the police and federal the state governments warned both groups to shelve the protests.

On Friday, armed police officers embarked on a show of force across the city, warning Nigerians to desist from the planned protest at the tollgate.

On Saturday morning, dozens of armed police officers were stationed at the tollgate awaiting any protesting group. At about 7 a.m., about three patrol vans filled with police officers headed towards Lekki.