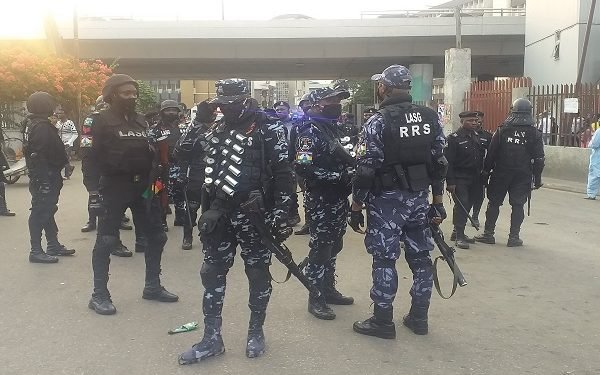 The Police have dispatched teams of operatives along the Lekki corridor ahead of Saturday’s End SARS protest at the toll gate.

The Police department said this was “part of efforts to deter crime as well as boost the morale of his officers in the areas”.

Recall that some groups have organised #OccupyLekkiTollGate protest for Saturday following the reopening of the toll plaza by the Lagos judicial panel.

The chairman, Justice Doris Okuwobi and four others ruled in favour of another application by the Lekki Concession Company (LCC).