One of mercy’s major sponsor at the BBNaija 2019 show, Cubana Chief Priest, has revealed that he owes Mercy, five mouth-watering endorsement deals when she leaves the house.

Cubana revealed this through the social media, that whether Mercy wins the competition or not, he has five fat deals waiting for her. 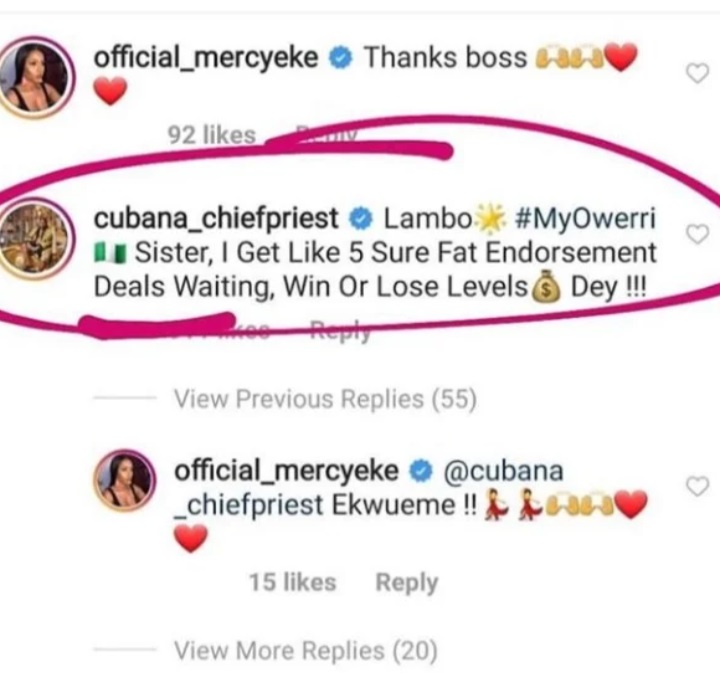 Meanwhile, Mercy has told her love interest, Ike, that she is addicted to him.

She made the admission during a conversation between the duo in the garden.

“I’m addicted to you. I don’t know what it is but I feel like I can’t stay without you,” Mercy said.

She also added that she feels that Ike will be in the house with her till the last day of the show.