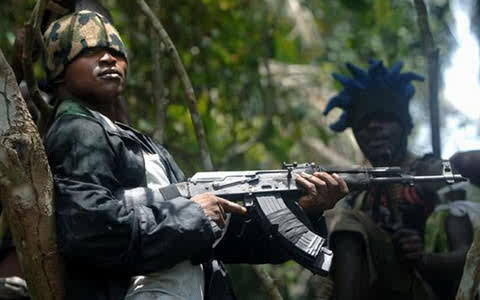 Chairman of a butchers association in Bayelsa State, Mr Chibuzor Nwachukwu, was on Tuesday, ambushed and shot by unknown gunmen with a single bullet that shattered his brain, killing him instantly.

Mr Chibuzor, the chairman of the Swali market branch of the association was said to be returning home about 8:00 pm Tuesday night when he ran into his killers who laid an ambush in front of his house.

The 42-year-old Chibuzor, who hailed from Nkanun Community in Enugu State, was married with four children before he was killed along Ogilo Street, a suburb of Yenagoa that is famous for cult-related violence and killings.

Residents who spoke with Tribune Online said Chibuzor had gotten to the door of his apartment when he was killed in a manner raising suspicion that it wasn’t a robbery attack.

Confirming the incident, the Police Public Relations Officer, Bayelsa State Command, Asinim Butswat, said the Police had visited the scene of crime and investigation had commenced.

I never knew I would be governor – Diri