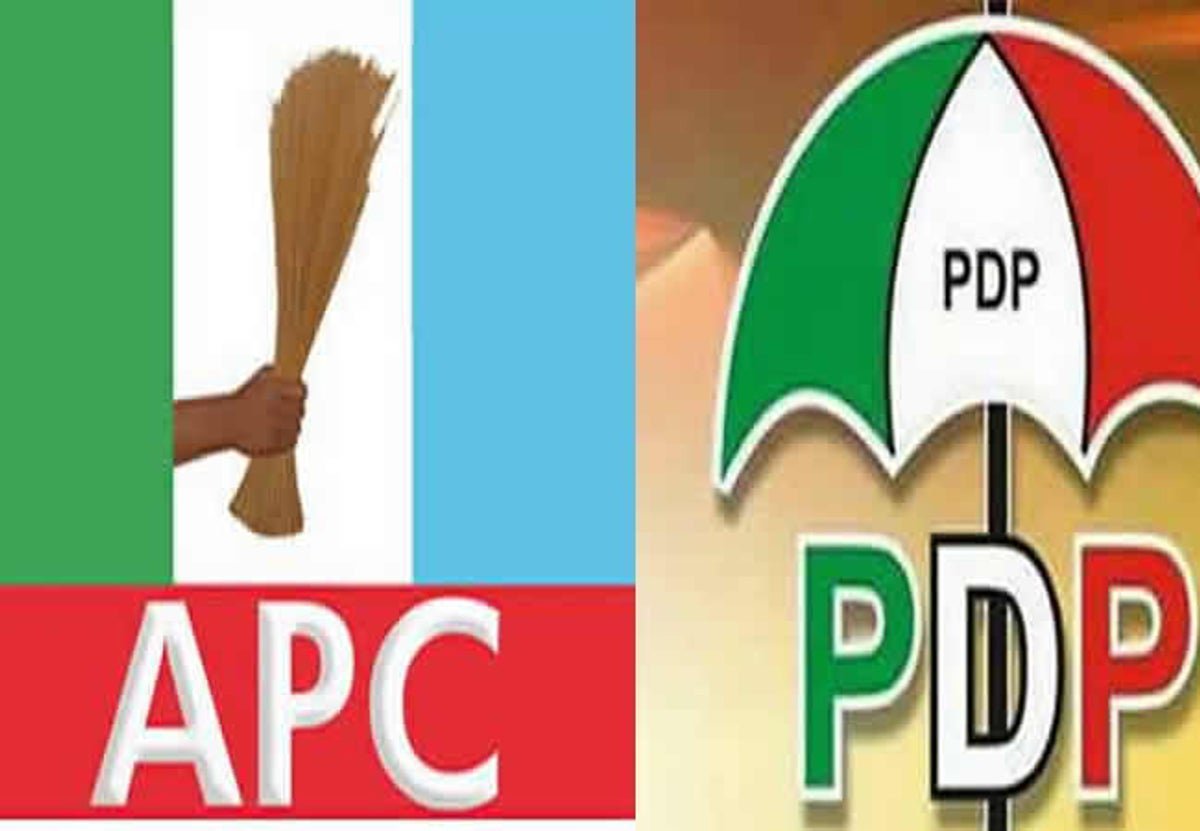 The All Progressives Congress (APC) has alleged that the main opposition party, the Peoples Democratic Party was behind posters of certain chieftains of the ruling party for the 2023 presidency.

Posters of the national leader of the APC, Bola Tinubu and the National Chairman of the party, Comrade Adams Oshiomhole for the APC presidential ticket have since been sighted within the Federal Capital Territory Abuja.

Speaking with newsmen on Thursday, the APC national publicity secretary, Mallam Lanre Isa-Onilu claimed the PDP was behind it with the sinister motive of heating up the polity.

He said: “As a party, we want to state clearly that having won elections convincingly and having been given the mandate to run government for the next four years, our major and only focus now is governance.

“We are not engaging in any other activity about 2023 elections and wherever you see such (posters) you can be sure it is from mischief makers and ofcourse, we know it is part of the strategy of the Peoples Democratic Party PDP to continue to take actions to cause distractions for the governing party from focusing on anything that is important to the people of Nigeria which is to deal with the challenges that we are all faced with: the challenges of governance, security, economy and corruption as well as other associated issues.

“That is what we are focused on. So, as a party, we understand the social contract we have signed with the people of Nigeria with the renewal of our mandate.

“Whatever poster you might have seen about any of our leaders anywhere in this country is irrelevant to us, we do not have a hand in it and it is not from those leaders.

It is strictly part of the strategy of a party that is supposed to provide an alternative to our governance model and since they do not have such, the only thing they can do is to continue to throw spanners into the works.

“So, we urge all our members to focus on what is important to us and so we dissociate ourselves and our leaders from such issues that have to do with elections. Elections have been done and what we are now faced with is the issue of governance.”

Onilu further described a media report of a cold war in the presidency between President Muhammadu Buhari and his deputy, Professor Yemi Osinbajo as a rude joke.

“We have important issues of governance than to continue to respond to fallacies. How do you determine a crack?

The vice president had been sent out to represent the president at an international event, after PDP saw a crack; the vice president presided over the Federal Executive Council meeting just on Wednesday. Is that part of the PDP’s crack? Let us stop this joke. We know we have challenges in this country, let us face these challenges.”

He equally dismissed the allegation of a plot to stifle the judiciary as another distraction by the Coalition of United Political Parties, CUPP which he dismissed as an arm of the PDP.

“Ideally, we would not have responded to the so-called CUPP which is just an arm of PDP. Faced with the challenges that we currently have in this country, it is a complete waste of time to respond to charlatans. But if you listen to the contents of the press conference they recently had, they said things that are very baffling and very disturbing and you want to ask yourself if these people are true Nigerians and if they mean well for the country.

“Because when you disparage state institutions and you talk down and try to undermine an important institution such as the Judiciary, that is something that we should all be worried about and that is why we are responding to this.

“By the time you strangulate these judicial officers, then you are charting a path to the collapse of the institution that we all rely upon to survive as a nation. So, it is clearly not our practice but we also understand where PDP is coming from.