BBNaija 2019: “Diane Used Juju To Lengthen Her Stay In The House”- Bidemi Kosoko

Big Brother housemate, Diane was evicted from the reality show, and as usual, both positive and negative reactions from the audience, trailed her exit from the show.

While some fans feel that Diane shouldn’t have been evicted from the show, others are happy about her exit, because according to them, she was doing absolutely nothing in the house.

One of the people who strongly believe that Diane should have been evicted a long time ago from the house is no other than Nollywood actress, Bidemi Kosoko.

Kosoko took to her IG page to reveal her thoughts about Diane,stating that she doesn’t know how Diane escaped nomination till she got to finals with her maggot dancing style.

According to Kosoko, Diane must have been using ‘Juju‘ all the while to attract Favour, but right now, her juju has expired.

Duncan Mighty Accuses Wife Of Using Juju On Him, Plotting To Kill Him…

I will love to see lesbianism legalized in Nigeria – BBNaija… 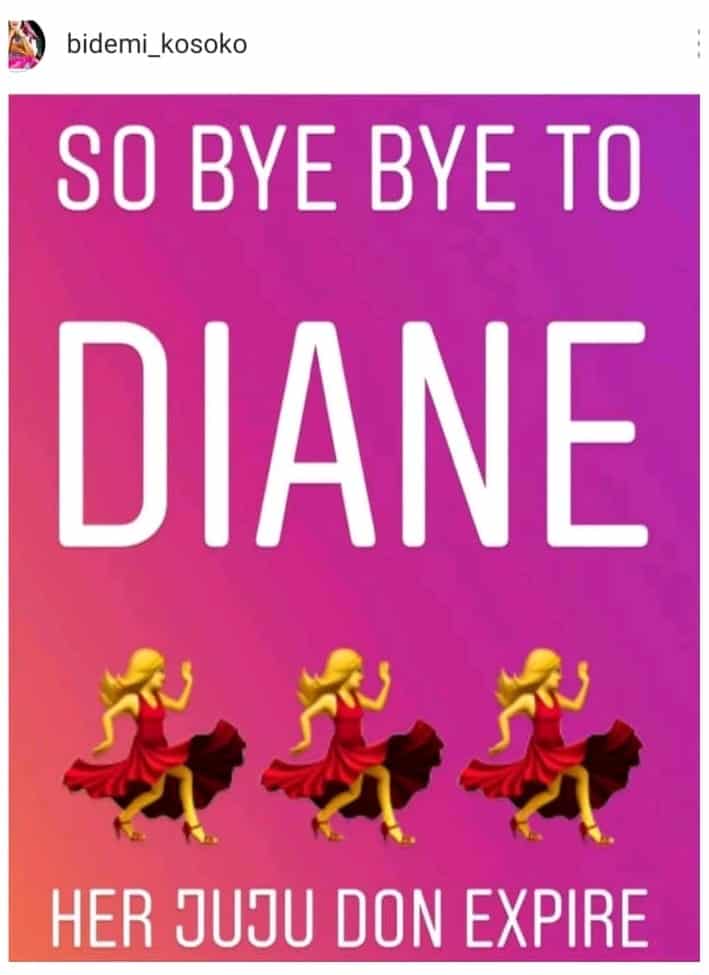 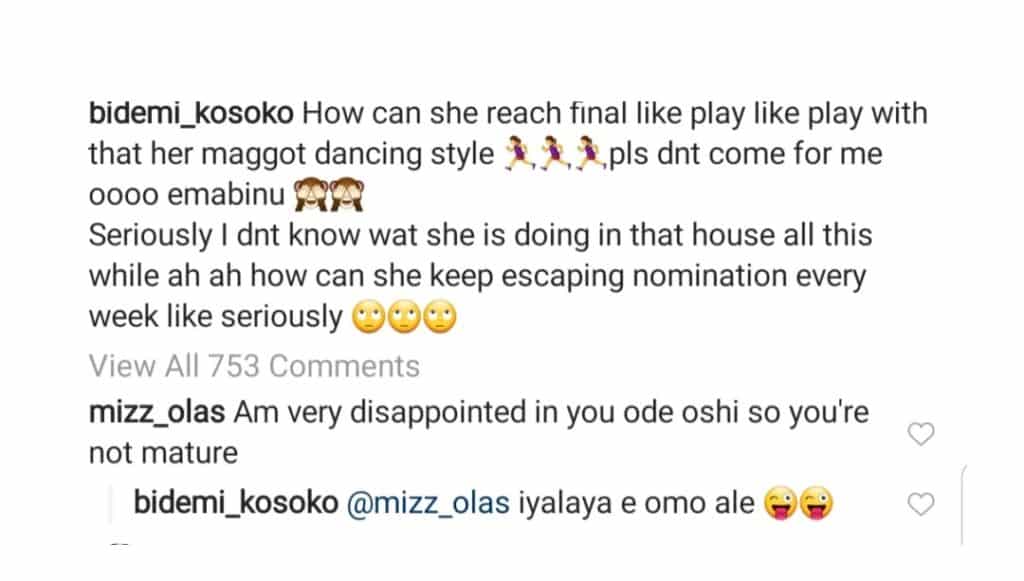