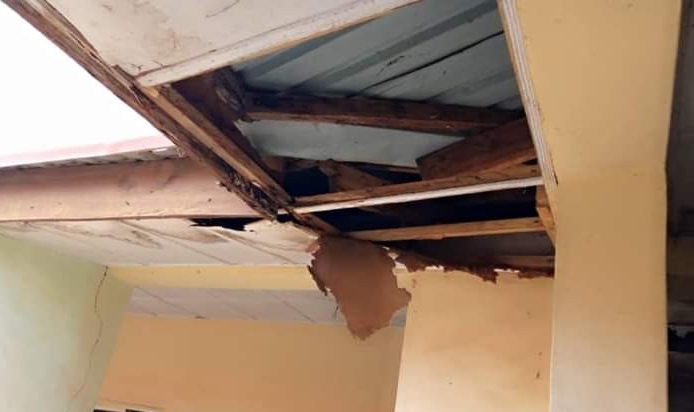 Disturbed and saddened by the woeful and dilapitated state of the General Hospital in Bunza Local Government Area of Kebbi State, a Nigerian man who could not swallow the pains and worries of this distasteful look of a hospital took to his facebook timeline to express his displeasure.

The sad Nigerian identified as Muhammad Mubarak posted photos which show the woeful state of the hospital and areas that need immediate response.

“This is Bunza local government of Kebbi State, where Kebbi State Government of Nigeria neglect health sector all over the state which up to known there’re still hospitals with no beds, and other equipment.

Some of the Kebbi state House of Representatives, assembly and senators are just there looking for money to build mansion,drive luxury cars they can’t say anything about their constituency, this project suppose to be done by state assembly, I’m very sure if they know what took them to the house our community will not remain like this.

This is General hospital in the community of Bunza local government at first I thought this building is obsolete, but I was told that it’s serviceable. That patients are still taking prescription. 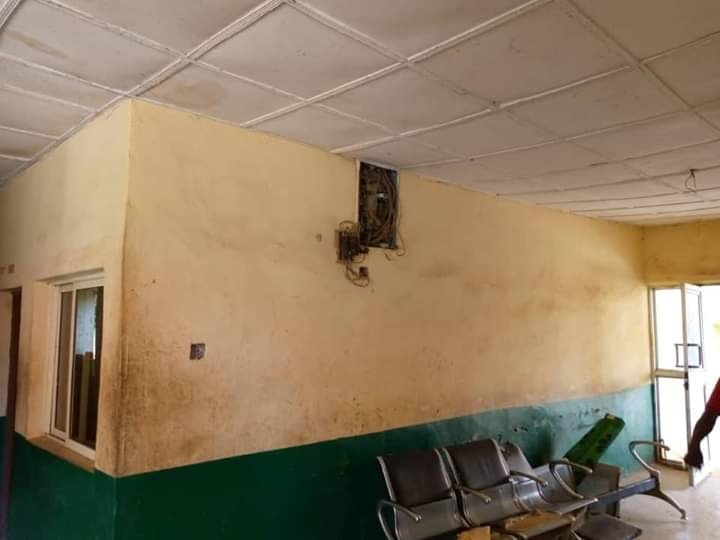 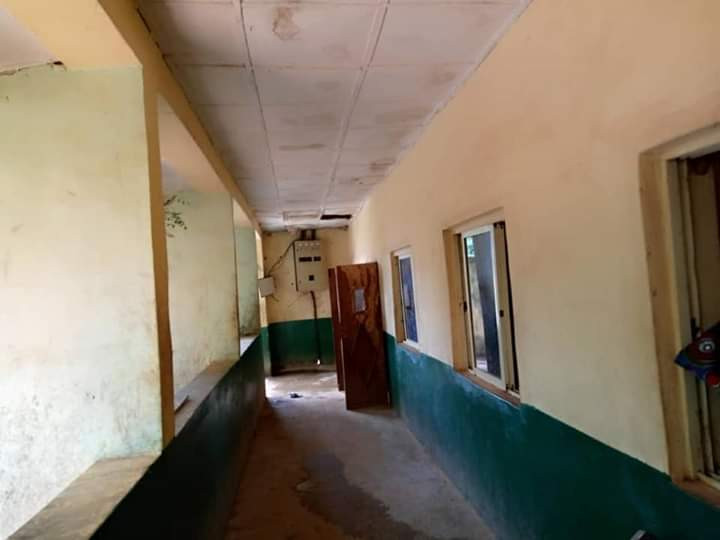 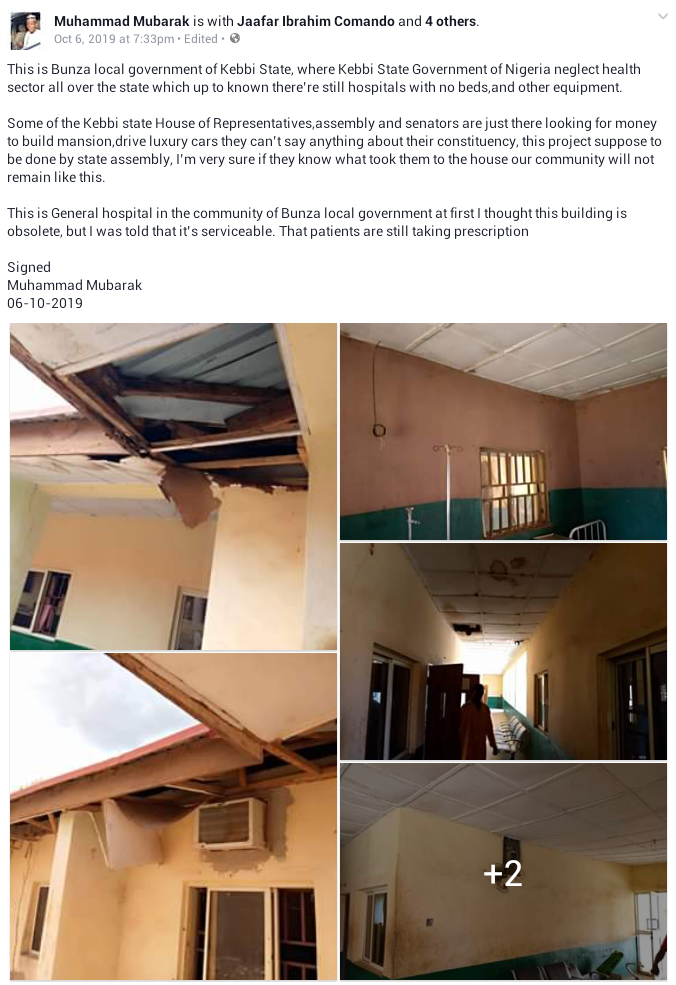 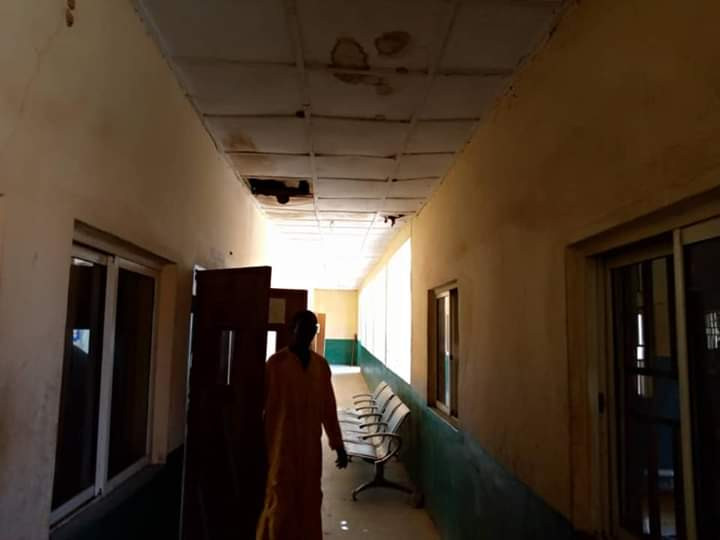