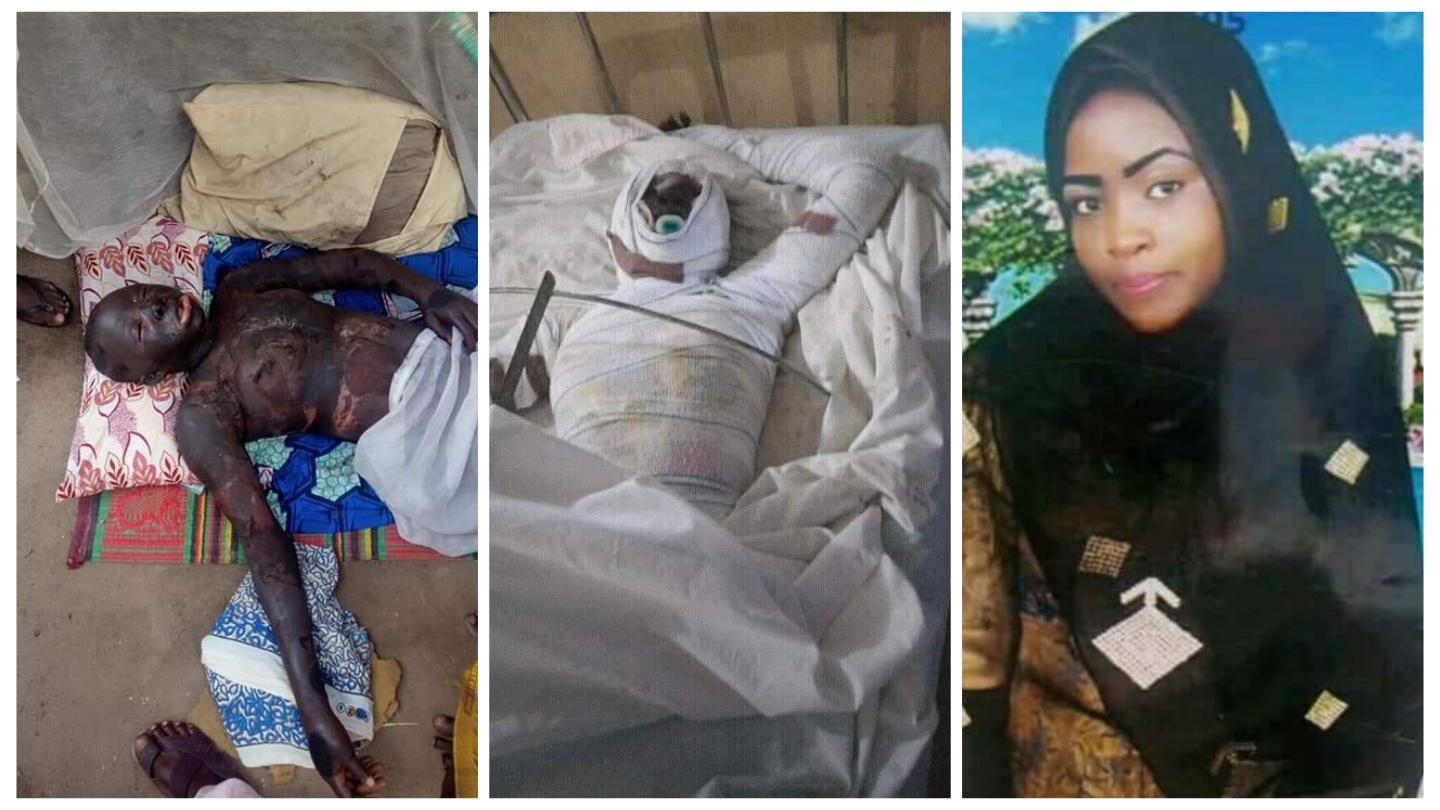 Update: Teenage girl who set herself ablaze in Zamfara has been taken to the hospital (Photos)

17-year-old Aisha who reportedly set herself ablaze over fiance’s inability to pay N17000 dowry demanded by her father in Zamfara has been taken to the hospital.

It was learnt that Malam Ibrahim Wakkala, the former Zamfara State Deputy Governor is responsible for the medical bills because the girl’s father had no money to take her to the hospital.

Within Nigeria had earlier reported that Aisha tried to commit suicide on Sunday, August 8 in Albarkawa Area in Gusau owing to her fiance’s inability to marry her due to his poor finances.

In other news, the Ghanaian Police has allegedly disclosed that some Nigerians were bursted while trying to smuggle in fake dollars into the country on Monday, September 9.