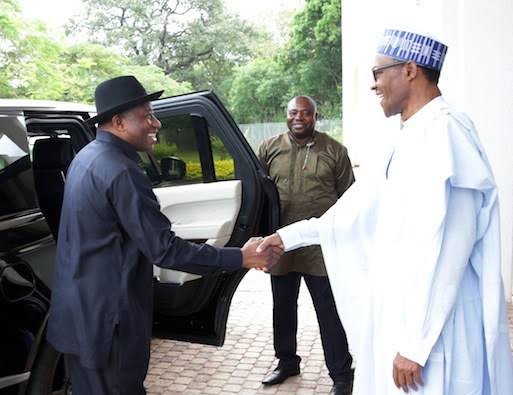 News Agency of Nigeria (NAN) reports that the former president arrived the State House at about 3.00p.m, and went straight to the president’s office.

NAN reports that the agenda of the meeting between President Buhari and Jonathan was unknown to newsmen as at the time of filling this report.

NAN observed that the former president, who is visiting the Presidential Villa for the fifth time, was last seen in the State House in 2016.

He was coming to the Presidential Villa for the first time under the second term administration of President Buhari.