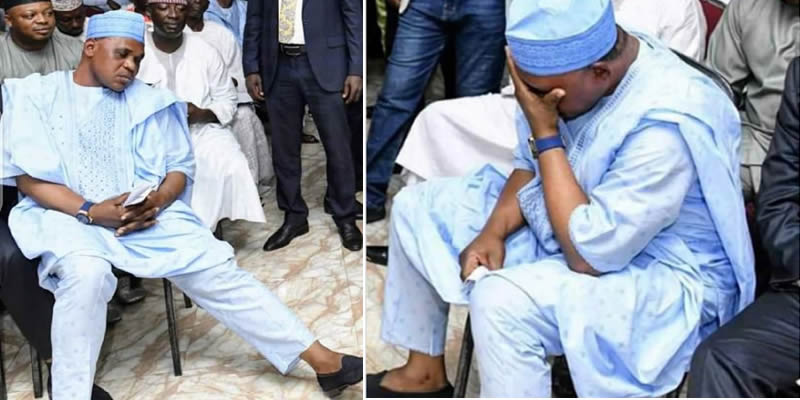 Musa Wada emerged as the flagbearer of the People’s Democratic Party in the forthcoming Kogi guber elections after pulling 748 votes to defeat his closest rival, the son of an ex-Governor Ibrahim Idris, Alhaji Abubakar Ibrahim Idris, who scored 710 votes at the party’s primary, Senator Dino Melaye among others.

The photos have gone viral and some Nigerians have taken to their social media platforms to react on these photos.