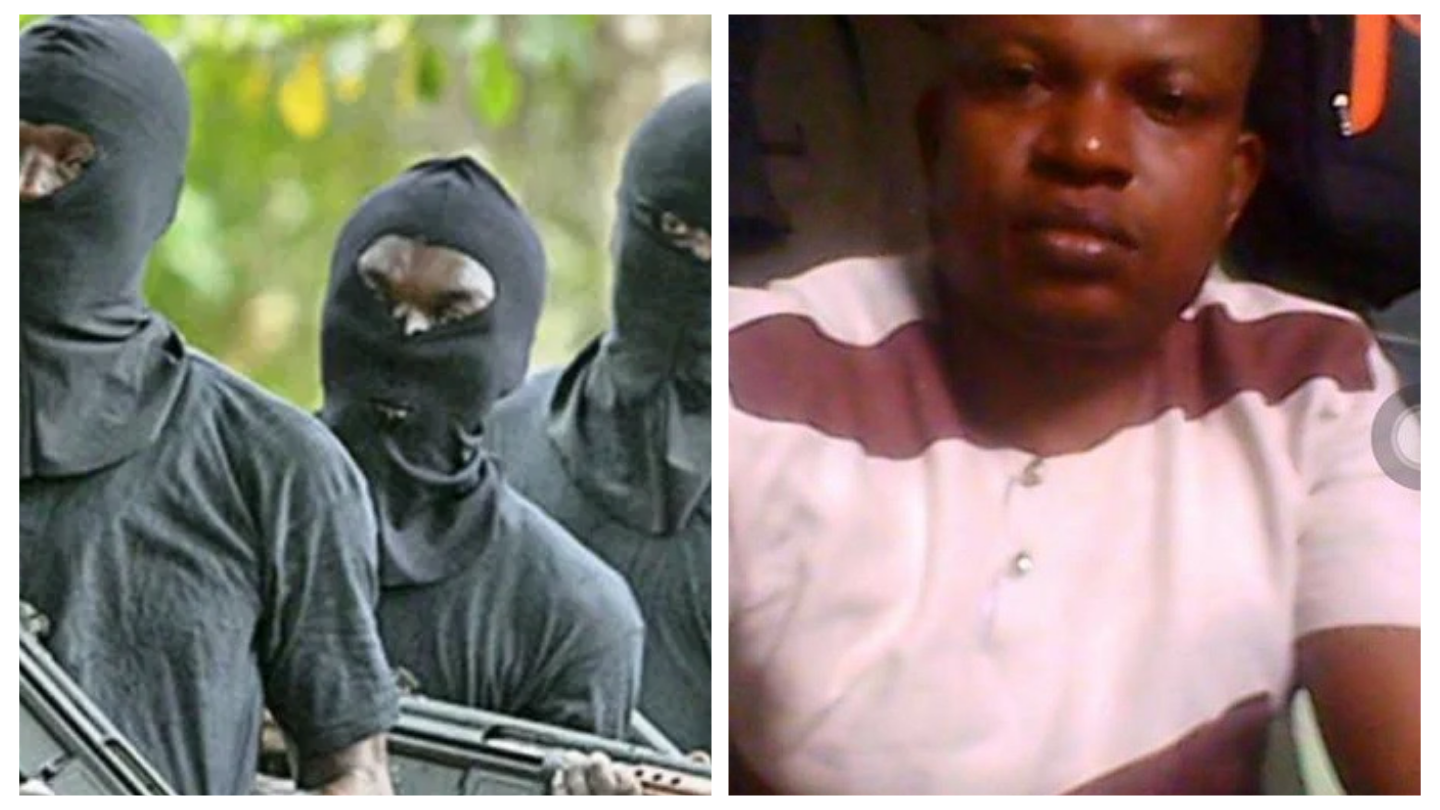 The father of three and owner of Bethlehem Supermarket hails from Amufie in Igbo-Eze North Local Government Area of the state was shot on Thursday night October 10 around 8pm while rounding up the day’s transactions.

According to eyewitness report, the deceased was with his sales girl in his supermarket as at the time the gunmen struck. They only asked to know the owner of the supermarket and they shot him, fled the scene after the owner was identified. It’s suspected that the gunmen did not come for money but to kill him.

While reacting to the incident, the Police Public Relations Officer in the state, DSP Ebere Amaraizu confirmed the incident and further added that officers have commenced investigation.

Enugu lawyer narrates how policemen tortured, brutalised him over N50…

Finally the # CEO # Bethlehem Supermarket located at Beach Junction, Ibagwa Road Nsukka who was shot inside his Supermarket yesterday is dead.

The Innocent Man from #Amufuie , Enugu Ezike could not survive this wicked bullet of men of the Under World….

A man who came back from # Northern Nigeria because of Boko Haram to establish his business back home and doing well in his business only to be wasted like this?

A Supermarket that you can buy the best and affordable goods in #Nsukka as of today….

We never had it so bad in that town called Nsukka like this before. Too much killings in the land and the yet no solution to it……

The last time I heard about this kind of killings going on now in Nsukka Land. I was still a kid and in Nursery school during the CULT WAR of #Dasuki and # Nikoro of those days….

I grew up now to be hearing every week killings in Nsukka….. Is there something behind this # killings that an Ordinary Man like me don’t know? 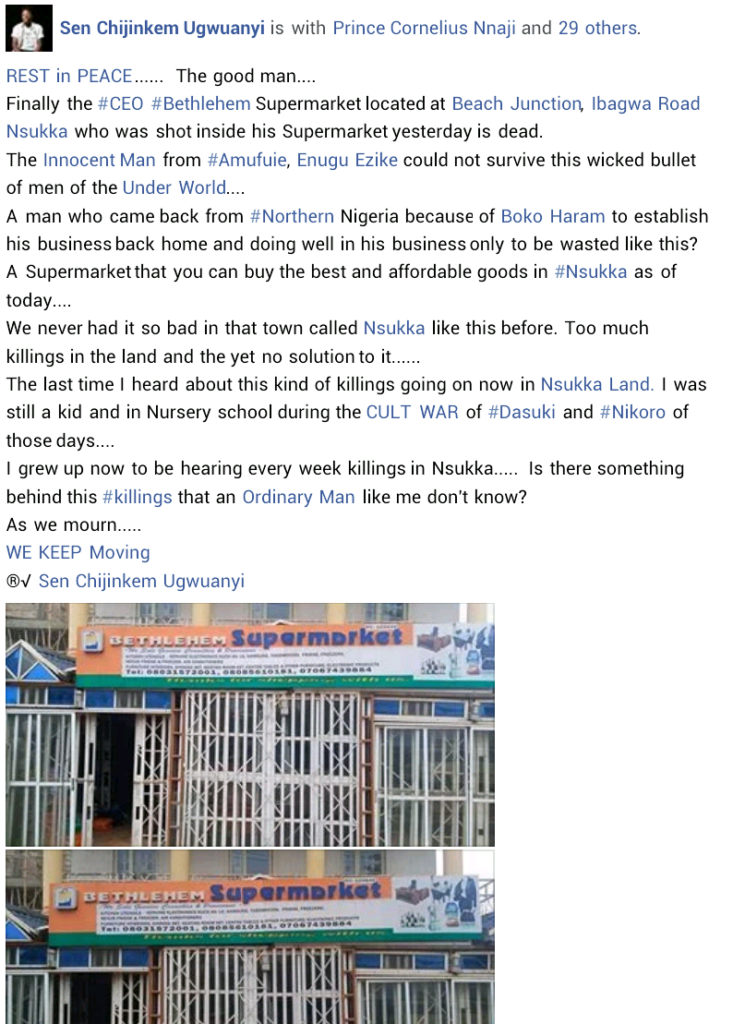 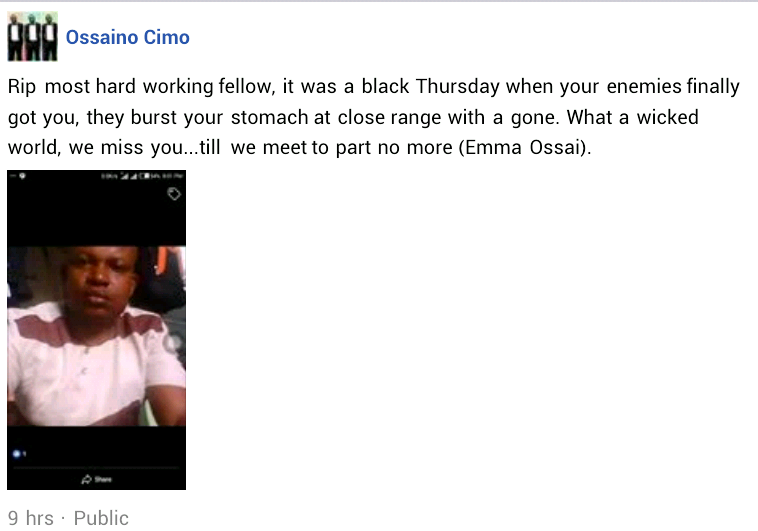