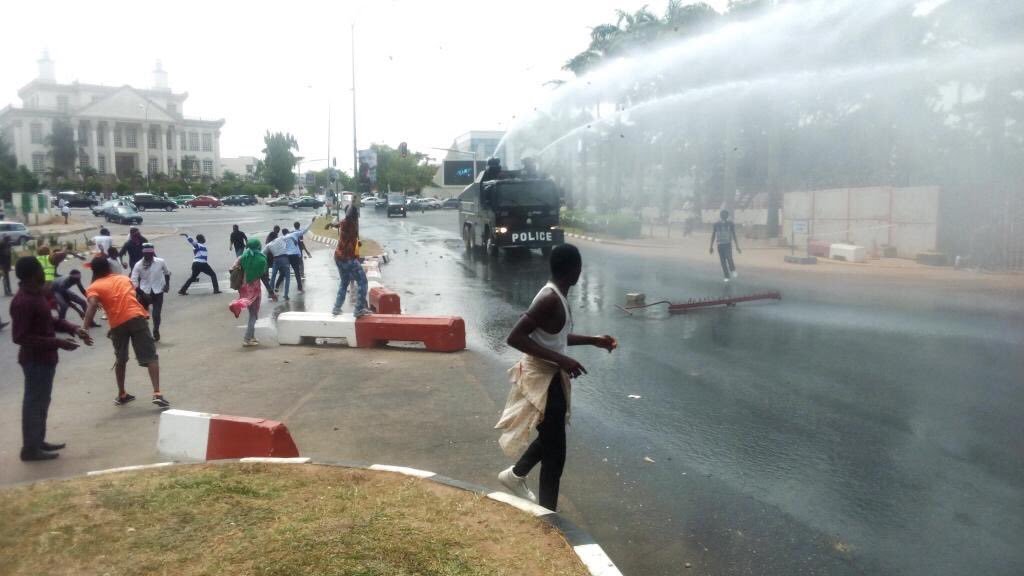 Security Officials have dispersed a procession of members of the banned Islamic Movement of Nigeria (IMN) who trooped out to call for the release of their leader, Ibrahim El-Zakzaky.

WITHIN NIGERIA recalls that Police had earlier issued warning in a reaction to the group’s plan to hold its yearly Arbaeen procession, saying: “Since it (IMN) is proscribed, the police as a law enforcement agent won’t sit and look at people take the laws into their hands.”

The protest started on Sultan Abubakar Road at about 1:55 p.m. Friday.

Hussein is seen by the Shi’ites as their first imam.

As the protesters marched, a team of police officers followed behind, shooting in the air and firing tear gas canisters.

BREAKING: Protest in Kano over alleged blasphemy song against Prophet…

“Coronavirus go back to China“, School pupils and teachers protest in…

After, the procession of protesters thinned out, with members blending with other Muslim worshipers returning from Friday jummat prayer.

“Coronavirus go back to China“, School pupils and teachers protest in Akure (Video)