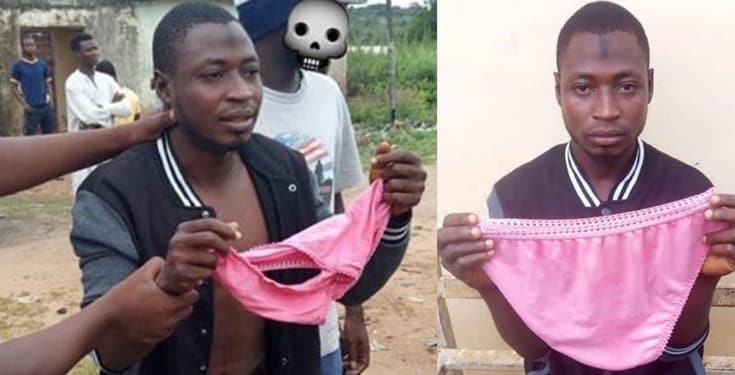 The suspect who stole the pregnant woman’s panties was nabbed inside the Ibrahim Badamasi Babangida University, Lapai, Niger State.

Eyewitness told newsmen that he has since been handed over to security operatives in the area for further investigation.