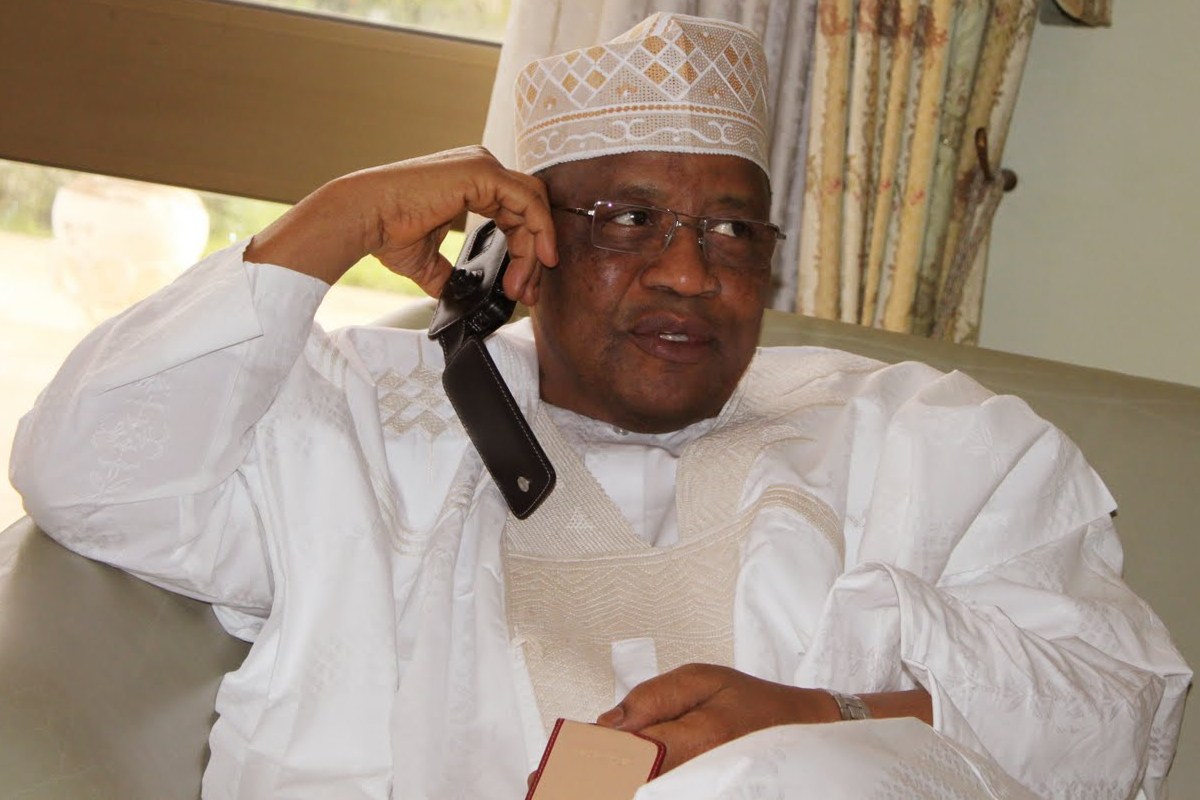 Muhammad Babangida, first son of former Head of States, Ibrahim Babangida, has revealed what his father told him and his brother, Aminu, after he (IBB) annulled the June 12, 1993 presidential election.

Muhammad, a security consultant, alleged that his father must have been compelled by some external forces to take the decision, adding that IBB told them that the particular action “is something that will haunt me for the rest of my life.”

In an interview with the Sun, the son of the former military ruler, said, “Like June 12, we all understood that it would be one of the biggest things that would remain as something that would haunt us for the rest of our lives.

“We understand that. But I am sure deep down, my dad would have passed on the mantle of leadership to his friend. There is no doubt about that.

“Yes. Like he said to me when I encountered him [IBB on the issue]. I said: why did you do this? He said, ‘Well, it’s part of governance that you don’t understand’ as a young boy at that time.

“So, to me, mistakes have happened, (what matters) is how you rise above those mistakes. We have learnt as a country.

Efforts to reconcile Nigerians after the civil war has had limited…

“There have been tremendous benefits for some group of people who benefitted from that mistake, who are in the helm of affairs currently today.

“Because it was from that, that you saw the Southwest become so strong and is now developed to a point whereby their leader was able to create a bloc for the region where most of his protégés were in leadership positions at that time. And these were people who benefitted from the annulment of June 12.

“So, there was always the positive side of that annulment which gave rise to what we are saying today. In as much as it was a painful experience, the nation has, I think, grown out of that by now; and we have mended fences from that hurt.

“I didn’t challenge him. He came to us, me and my brother, Aminu.

“Yes. We were at the (Aso Rock Presidential) Villa at the time. We were in the living room when he had done the recording.

“He came and he said, ‘I just annulled June 12.’ We both looked at each other and we looked at him, and said: why would you do that? And he said ‘you are too young to understand the intrigues of governance.’

“And we said, but it is about you and your administration. And he said, ‘well, perhaps, this is something that will haunt me for the rest of my life.’

“So, you could see that his hands were tied. He was limited. He couldn’t do what he would have wished to do. And this is probably a story most Nigerians don’t know.”

Chris Attoh losses his father, few months after his wife was murdered

Babangida detained, removed me as president for fighting corruption — Buhari