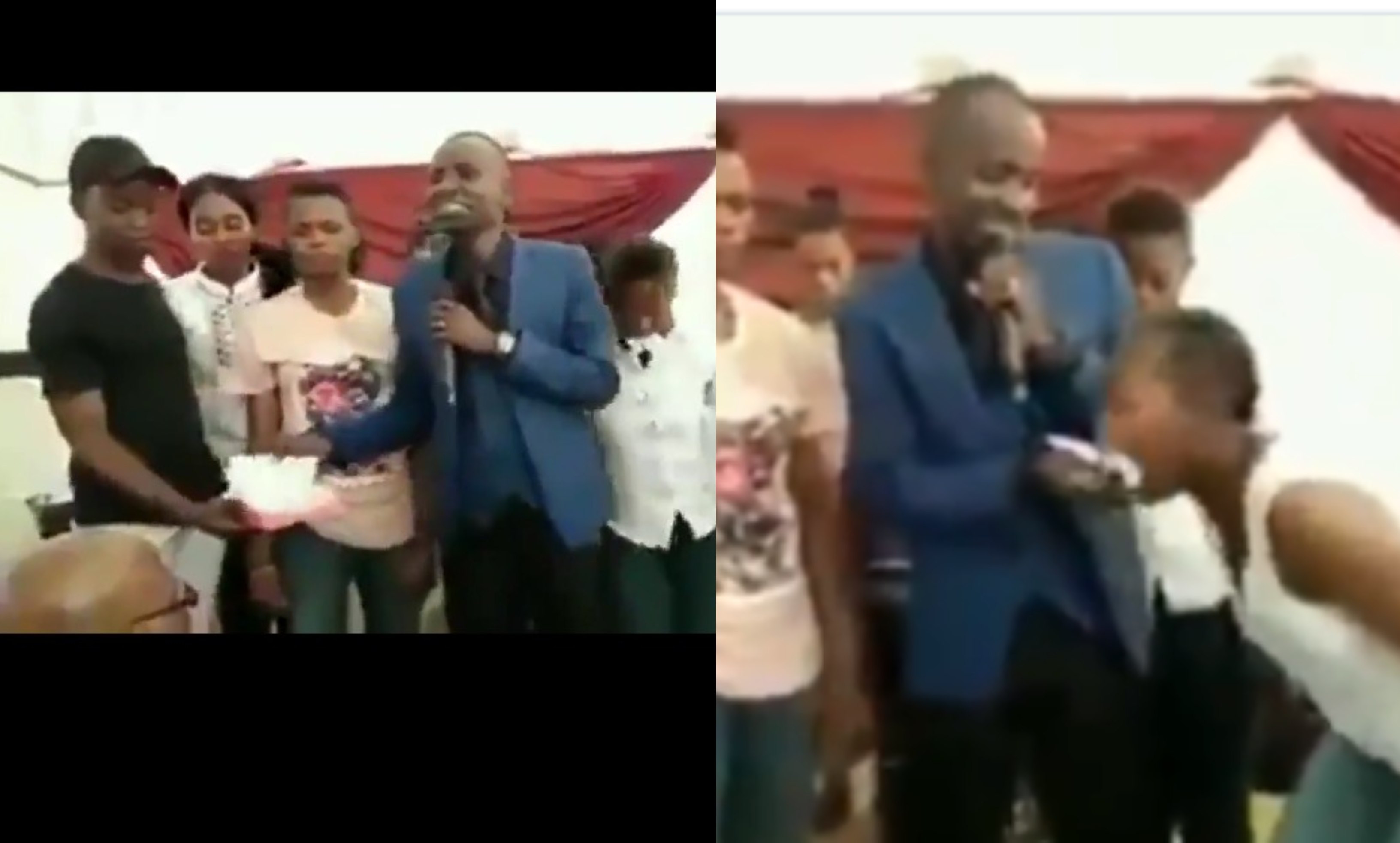 Barely 24 hours after a video showing a popular pastor, Wilson speaking in tongues while eating up a woman, another video has been making rounds on social media showing a yet-to-be identified pastor who tore a bible and fed his church members with it.

In other news, Pastor Thaddeus Mathews revealed the identity of the woman in Pastor Wilson sextape video as the daughter of his wife’s best friend.

Pastor Wilson was accused of performing oral sex acts on a woman who is not his wife after a sextape video was posted on social media, Pastor Thaddeus now claims that the woman in the video is the daughter of the accused pastor’s wife’s best friend.