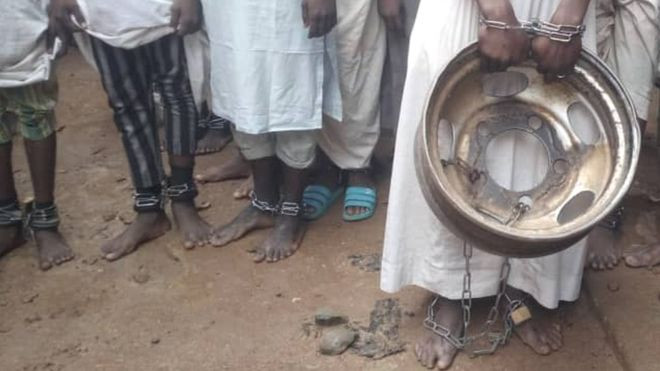 BREAKING: Over 10 people rescued in another ‘rehabilitation’ center in Kaduna

Over ten persons have been rescued at another rehabilitation centre in Zaria, Kaduna state.

Recall that just of recent,the Governor of Kaduna, Gov El-rufai had led security operatives to a torture centre in the state, where young men and women were found in chains, sexually harassed and tortured.