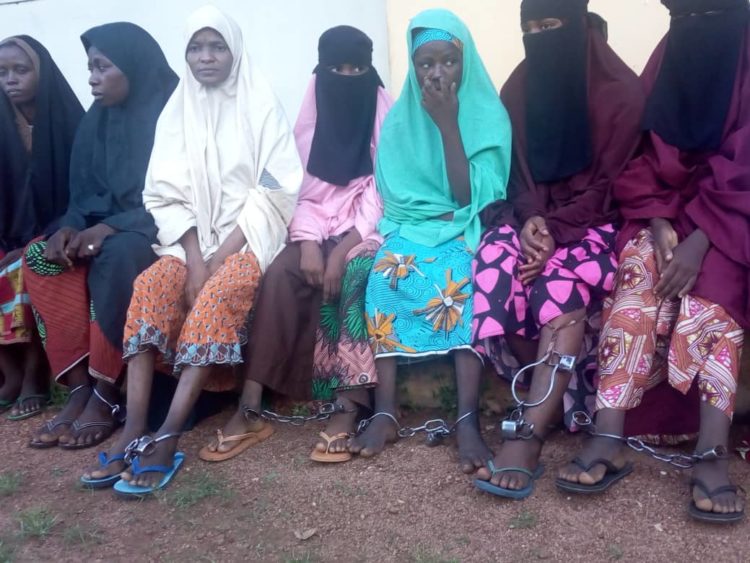 Kaduna State’s Commissioner for human services and social development, Hafsat Baba has disclosed that some of the released inmates of a religious rehabilitation center were in chains for 8 years.

WITHIN NIGERIA recalls that no fewer than 147 inmates were rescued by the Kaduna state Police Command after they raided a youth rehabilitation centre popularly called ‘Malam Niga’s rehabilitation centre’ on Saturday at Rigasa community of Igabi Local Government Area of Kaduna State.

Hafsat revealed that it took the services of a welder to remove the fetters from the legs of the freed inmates of the centre located at Kwanar Gurguwa in Igabi local government area of the state.

According to the commissioner “They have been under torture. They were all in chains. We have to call a welder to remove the chains in their legs. Some of them have been in chains for eight years. They just removed the chains this afternoon,” Hafsat said.

Hafsat baba went on to say that some of the facility’s inmates with mental issues were transferred to the federal neuro-psychiatric hospital in the state for treatment.