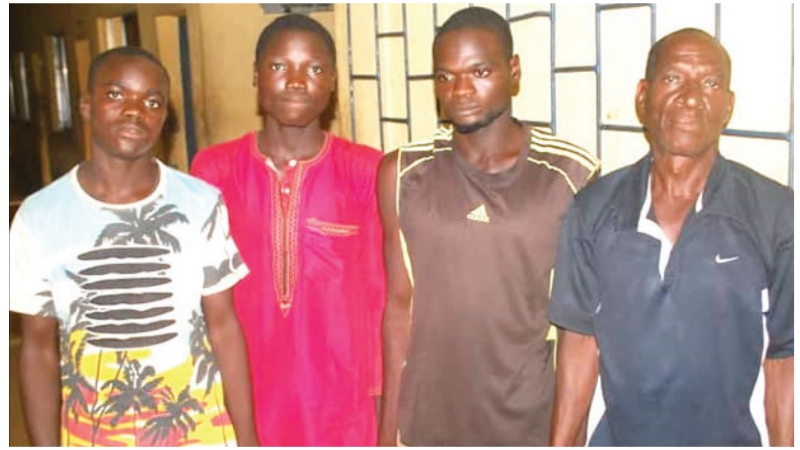 Niger State Police Command has arrested a 60-year-old man and three others for allegedly defiling a 9-year-old girl in the Paikoro Local Government Area of the state.

The suspects were identified as Usman Ibrahim, a 60-year-old man and grandfather of five children, Zakari Aliyu, 25; Mustapha Isah, 17; and Imurana Aliyu; 16 were arrested by a team of policemen attached to the Paiko Division as a result of intelligence gathered.

In a statement released by the Police Public Relations Officer in the state, Muhammad Abubakar disclosed that the suspects usually lure the victim with N20 or N50 and then rape her.

One of the suspects was caught in the act by the victim’s mother and he was apprehended by the police. When interrogated, the victim told her mother of the other men who also rape her after giving her N20 or N50, he further added.

Abubakar assured that the suspects will be arraigned in court once investigations have been concluded.