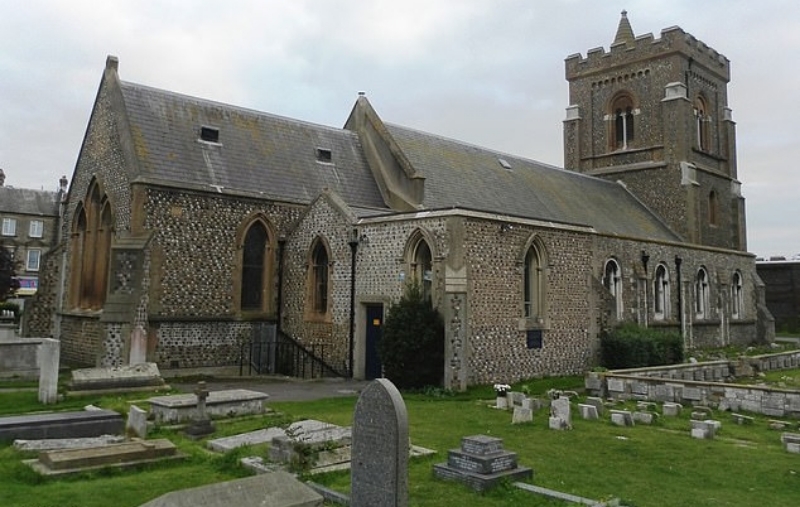 Strange things they say happen abound as a woman who visited a graveyard to mourn the loss of her loved one has been reportedly raped by a man who walked up to sit beside her on bench.

This incident occurred at dusk inside graveyard located at St Andrew’s Church in Hove, East Sussex, on Thursday evening as the man allegedly attacked and raped her while sitting beside her on the bench.

According to reports, detectives called to the scene said that the victim, a woman in her 50s, was so devastated they had so far been able to interview her in detail about what happened.

While reacting to the horrific incident, the Police Public Relations Officer in Sussex disclosed that “officers are investigating after [the woman] was reported to have been raped in the graveyard at St Andrew’s Church, next to the Tesco superstore on Church Road, Hove, on Thursday.

‘The suspect – described as a white man aged in his 40s and 5ft 6ins tall, was of average build with short grey hair and wearing jeans. He attacked his victim after sitting down beside her on a bench.

‘The incident is believed to have occurred as dusk was falling, between 5.30pm and 6pm,’ said the spokesman.

7 years after violent rape, suspects who kill rape victim on a moving…

‘Police have not yet been able to carry out a detailed interview with the woman due to her distraught state and vulnerable condition but she is being supported by specially trained officers.’

Detective Inspector Vickie Maroki, of Brighton’s Safeguarding Investigations Unit, said: ‘We believe this to be an isolated incident but clearly we want to find out more as soon as we can.

‘Anyone who may have seen or heard anything suspicious in what is a a busy area is asked to contact Sussex Police without delay, quoting Operation Epping.’