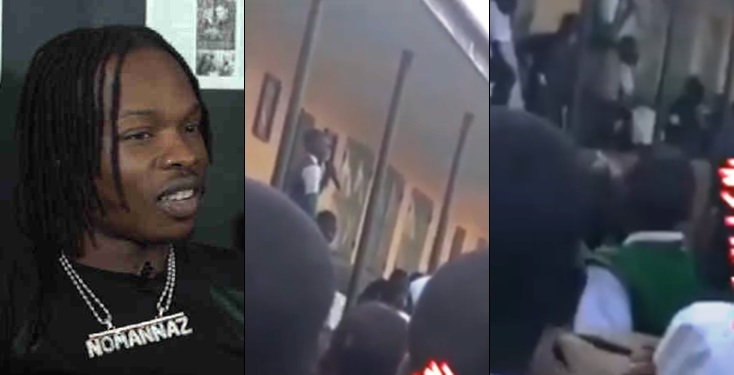 A viral video on  Internet shows the moments when some students  were spotted excitedly singing  one of Naira Marley’s song, on the assembly ground.

The controversial singer who has a pending court case  for cyber fraud  at the Federal High Court in Lagos may have won the heart of the younger generation as they sang happily to his song.

Holding the mic, the song leader led the other students on the assembly as they all sang one of his latest song, ‘Opotoyi’.

The singer has been accused of using different Access Bank ATM Cards to defraud  victims. It was said that the defendant allegedly used Access Card number 5264711020433662 issued to another person, in a bid to obtain fraudulent financial gains.

Marley is also  said to have possessed these counterfeit credit cards, belonging to different cardholders, with intent to defraud.