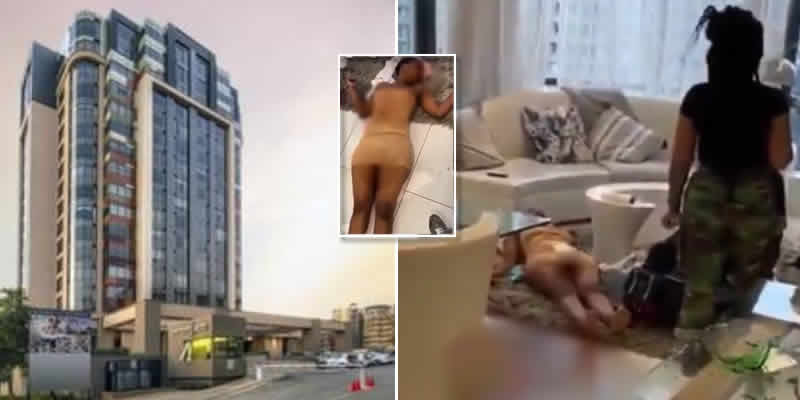 The most recent Xenophobia attacks in South Africa reportedly started after a drug dealer who was not properly identified and accused to be a Nigerian man killed a South African Taxi driver who stopped him from selling drugs to a minor.

A similar incident has just occurred in South Africa; A man identified as Michael Brits, popularly known as MIKE violently attacked his female friend, putting her in a bad shape inside Sandton Skye Apartment in Johannesburg and she is currently fighting for survival.

Shortly after the incidence, a South African twitter handle @voiceofsouthafrica began to spread the wrong impression that Mike is a Nigerian without doing any form of background check before making the accusations. See their tweet below.

Scoobynero took to his IG handle to also reveal that the lady is not yet dead as widely spread. He wrote:

MIKE IS SOUTH AFRICAN XHOSA MAN , a popular one at that HE IS NOT A NIGERIAN 👎🏾 , NEXT thing they will say SCOOBYNERO YOU ARE A public Figure don’t involve in things like this { BUT I WILL NOT JUST CLOSE MY EYES N LET ANYONE ACCUSE ANY NIGERIAN WRONGFULLY , if I don’t do this with my platforms the news will circulate and my brothers might start getting attacked again , { AND BY THE WAY SHE IS NOT DEAD } Please help find MIKE #SayNoToWomenAbuse 👎🏾 🚮❌🚫

In addition, IDs and documents have proved that Mike is a South African, see documents below;

Watch video from the attack scene below: