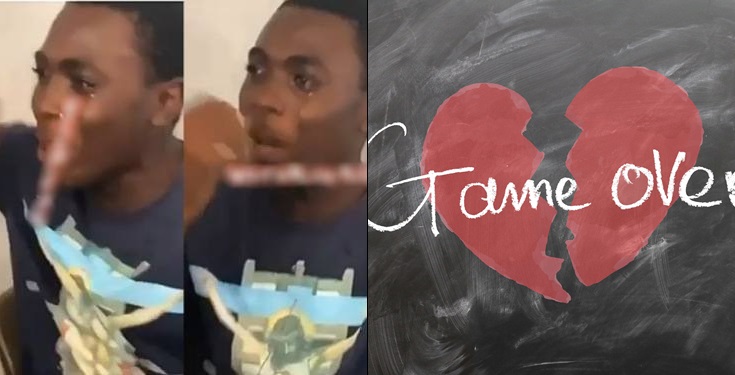 A  viral video of a 16-year-old Nigerian boy who wept uncontrollable, after his girlfriend ditched him for his inability to take her out on her birthday has caused a stir on social media.

According to reports, the 16  years boy was too broke to  take his 15 years old girlfriend out on her birthday in Delta State, and the angry girlfriend ended the relationship abruptly.

This made the jilted lover boy cry profusely in public, while his friends who were already making a video of the  scene, mocked him at the same time.

Kogi 2019: IGP, INEC Chairman, Royal fathers, others tear-gassed during Peace Accord in Lokoja