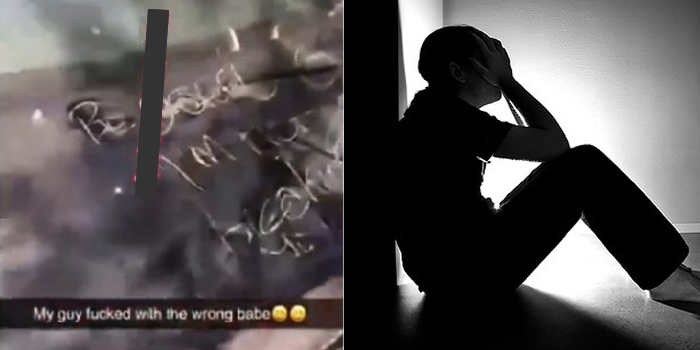 A heartbroken woman has left serious marks on her boyfriend’s car after being dumped.

The  jilted woman has defaced her boyfriend’s car after he dumped her in Abuja. It was gathered that the woman is alleged to be a student of the Turkish Nile University, Abuja. She used a hard object to allegedly scratch the ex-lover’s car.

In other news, a scary and disturbing video of a woman who reportedly gave birth to a scary creature has surfaced. This incident happened at the Umaru Sheu Ultramodern Hospital in Maiduguri, state capital of Borno.

WITHIN NIGERIA gathered that nurses attending to the woman during labour suddenly saw the strange creature coming out of the mother’s womb in place of an expected human looking baby.

The woman who delivered safely and nurses allegedly fled the maternity room to call on other doctors within the hospital premises to intervene in the matter.

No misunderstanding between Buhari and Osinbajo – Presidency

Nigerian father disgraces Pastor in U.S for allegedly making move on daughter after…

Gbajabiamila explains Why Nigerians in Diaspora can’t be allow…