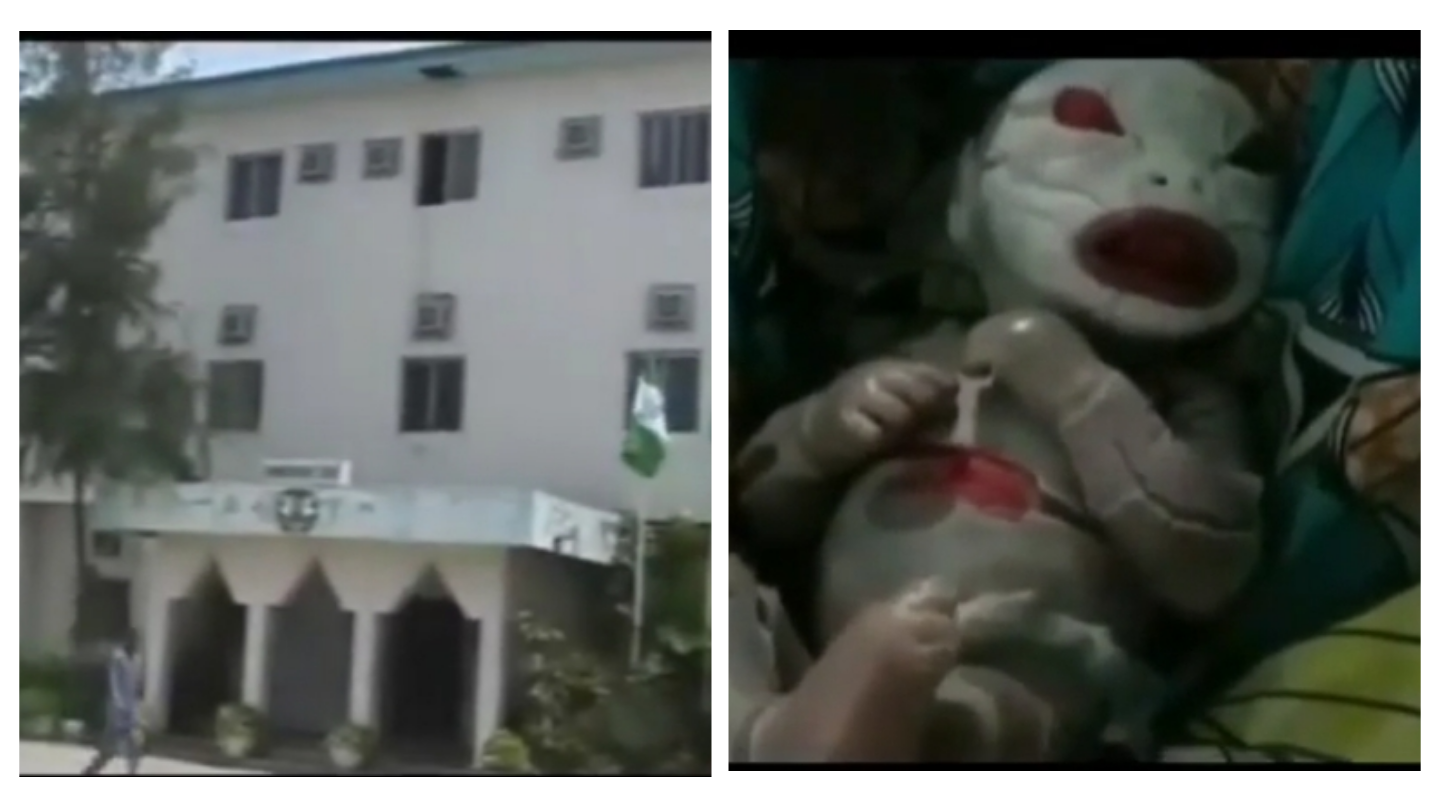 A scary and disturbing video of a woman who reportedly gives birth to a scary creature has surfaced.

This incident happened at the Umaru Sheu Ultramodern Hospital in Maiduguri, state capital of Borno.

WITHIN NIGERIA gathered that nurses attending to the woman during labour suddenly saw the strange creature coming out of the mother’s womb in place of an expected human looking baby.

The woman who delivered safely and nurses allegedly fled the maternity room to call on other doctors within the hospital premises to intervene in the matter.

Reacting to the development, a female nurse identified as Hauwa Garba said that I have never seen such a baby. I just took heart during the delivery to perform my duties. We have discharged her after some hours because she was complaining that she has nothing to take.

Being her second child, she was not expected to have this baby again because she went and do some prayers. She could afford to do scan because she has no money.