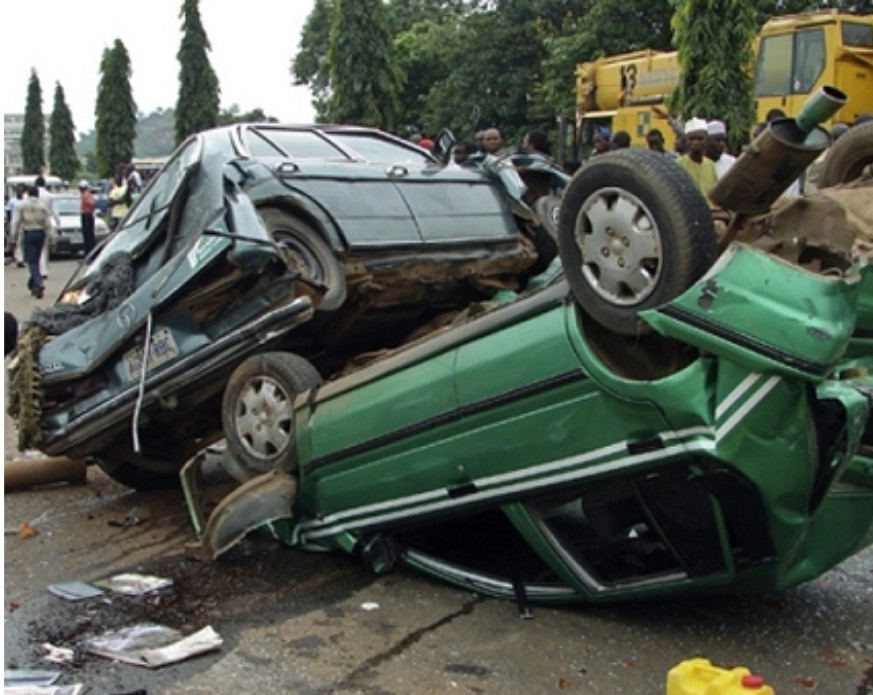 No fewer than seven people lost their lives in a ghastly motor accident along Osogbo-Ikirun Express Way on Saturday.

Only one person survived among eight passengers in the Mistubishi Wagon car that crashed into a truck.

It was gathered that the car coming from Offa in Kwara State was Lagos bound before the crash near Ikirun around 12 noon.

The driver of the truck,k who allegedly escaped after the accident, was said to be making a U-turn towards Osogbo when the ill-fated car on top speed caught sight of it very late and crashed into the truck.

According to the Osun Sector Commander of Federal Road Safety Corps (FRSC), Mr. Peter Oke, five males and two females traveling in the car lost their lives leaving only one female passenger

The FRSC boss disclosed that the corpses have been deposited in the morgue of the Ladoke Akintola University of Technology Teaching Hospital (LAUTECH-TH), Osogbo while he said the survivor is receiving medical attention in the hospital.