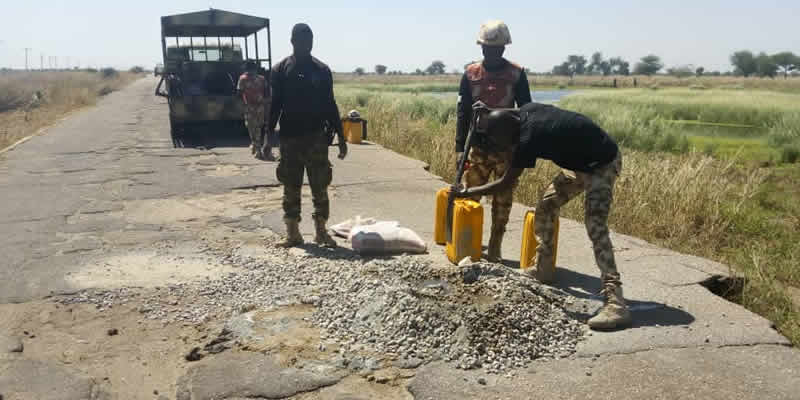 In a final offensive to clear out fleeing Boko Haram insurgents in Borno State, the Nigerian Army troops took it upon themselves to mend bad portion of a road for effective operation.

The gallant troops had a brief stop between Kekeno and Cross-kukawa, patching dilapidated roads to ensure smooth transit to their destination.

In photos that have gone viral on social media, the officers were seen mixing cement, sand and water.

This isn’t the first time, though, the Nigerian troops have displayed bravery, patriotism and selflessness in their line of duty.

On Saturday, the troops of 26 Task Force Brigade rescued an 80-year-old man, three women and four children from the terrorist sect after subduing them with superior fire power.

The troops then served the freed hunger-stricken Boko Haram captives water before taking them to safety.

It will be recalled that the troops of the Nigerian Army Special Forces Command (NASFC) Operation Lafiya Dole dislodged terrorists in Kukawa early this year. 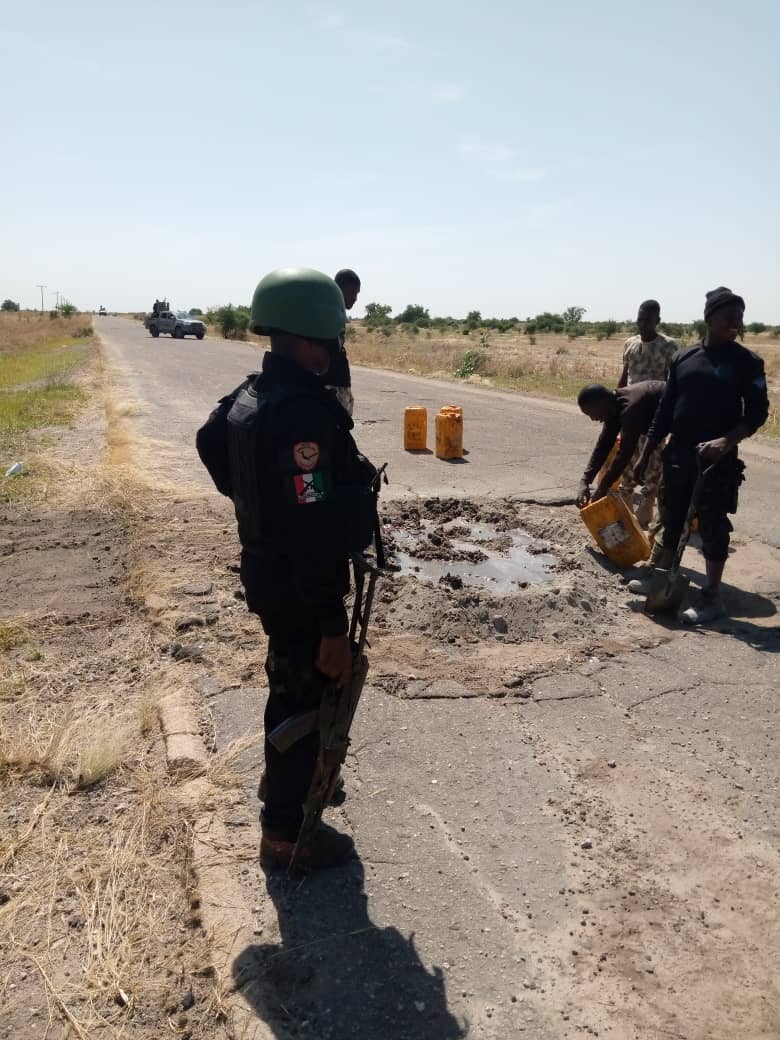 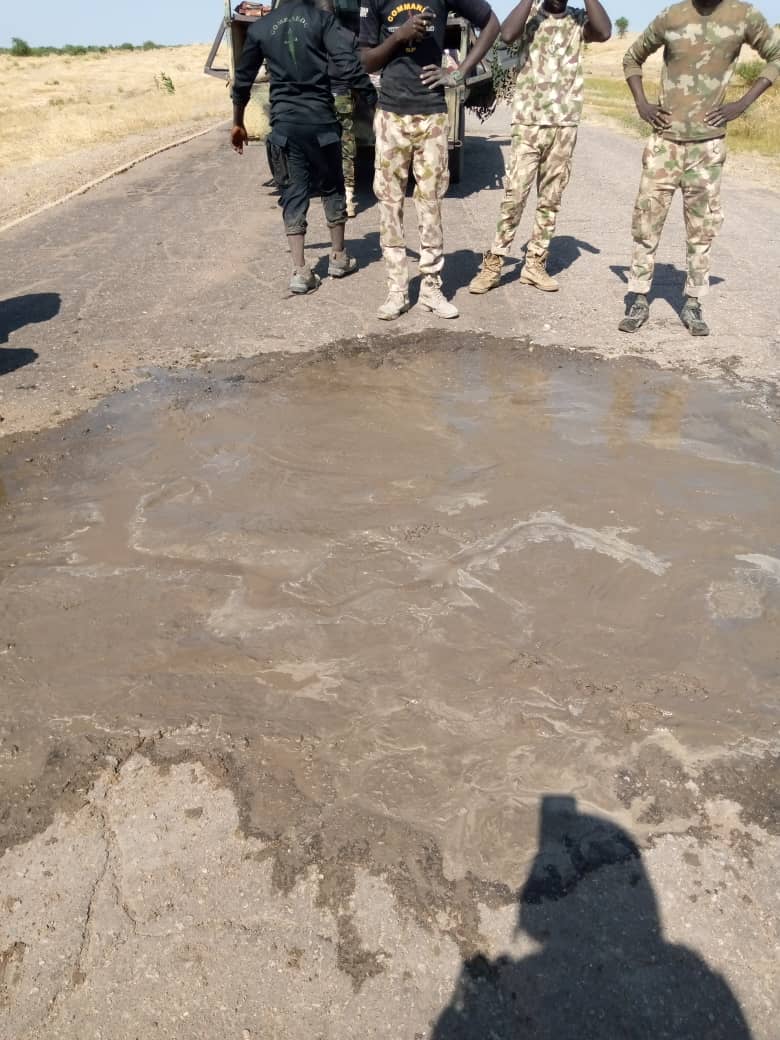 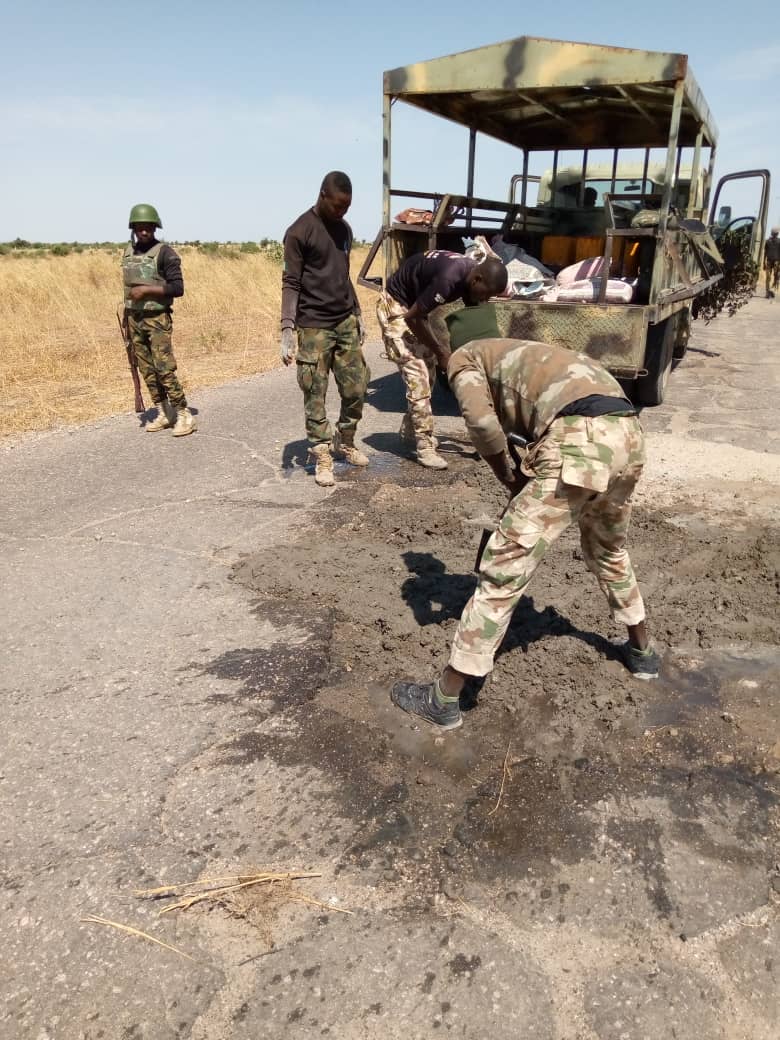 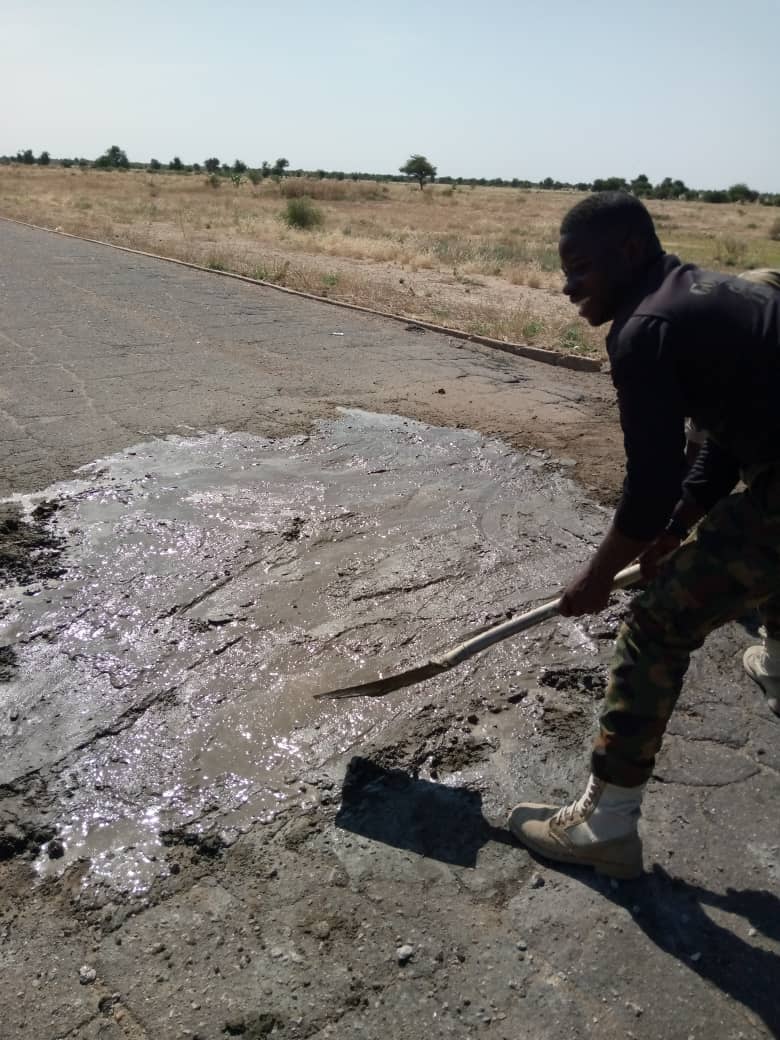 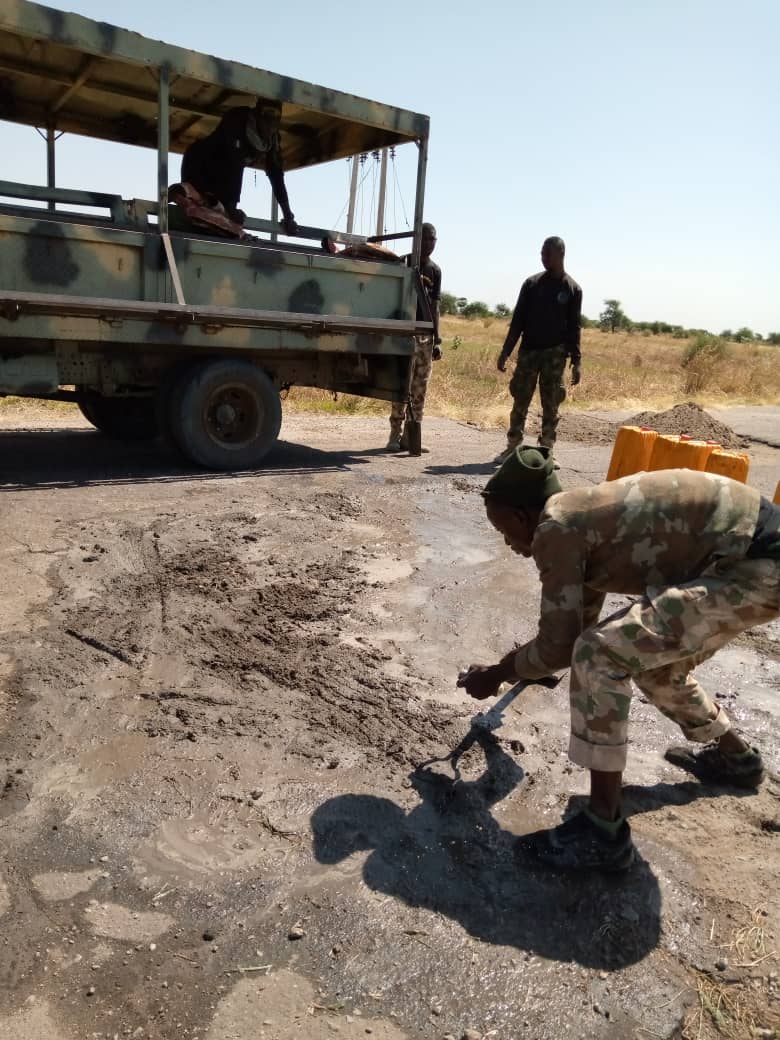 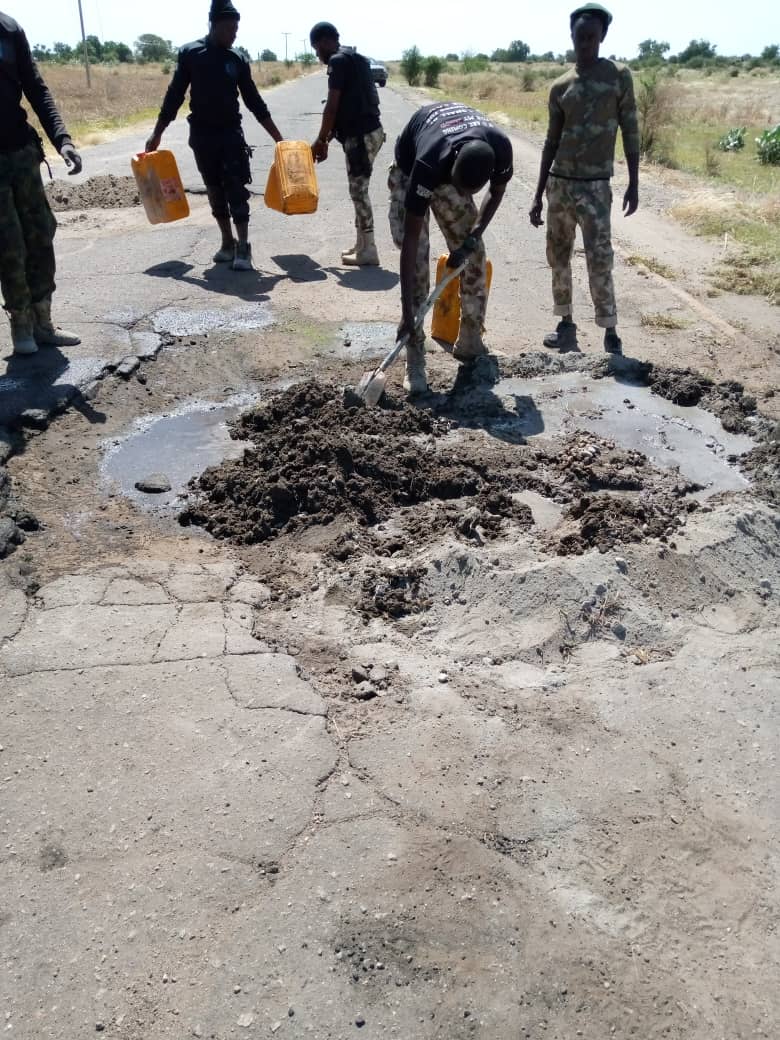 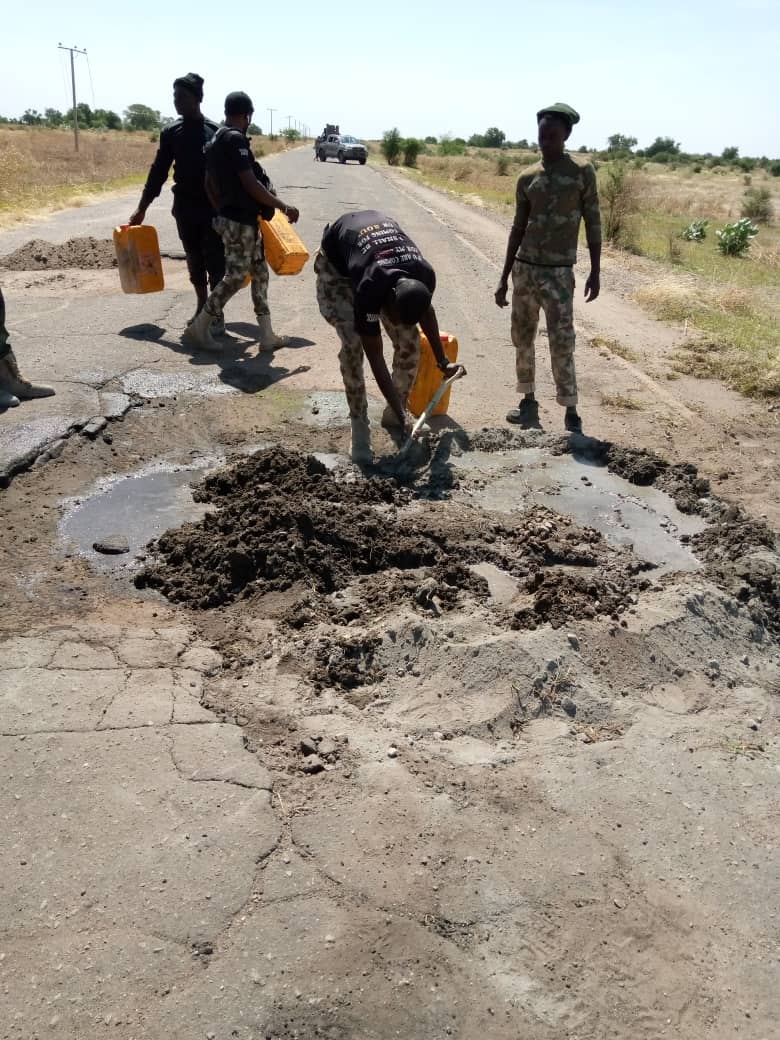 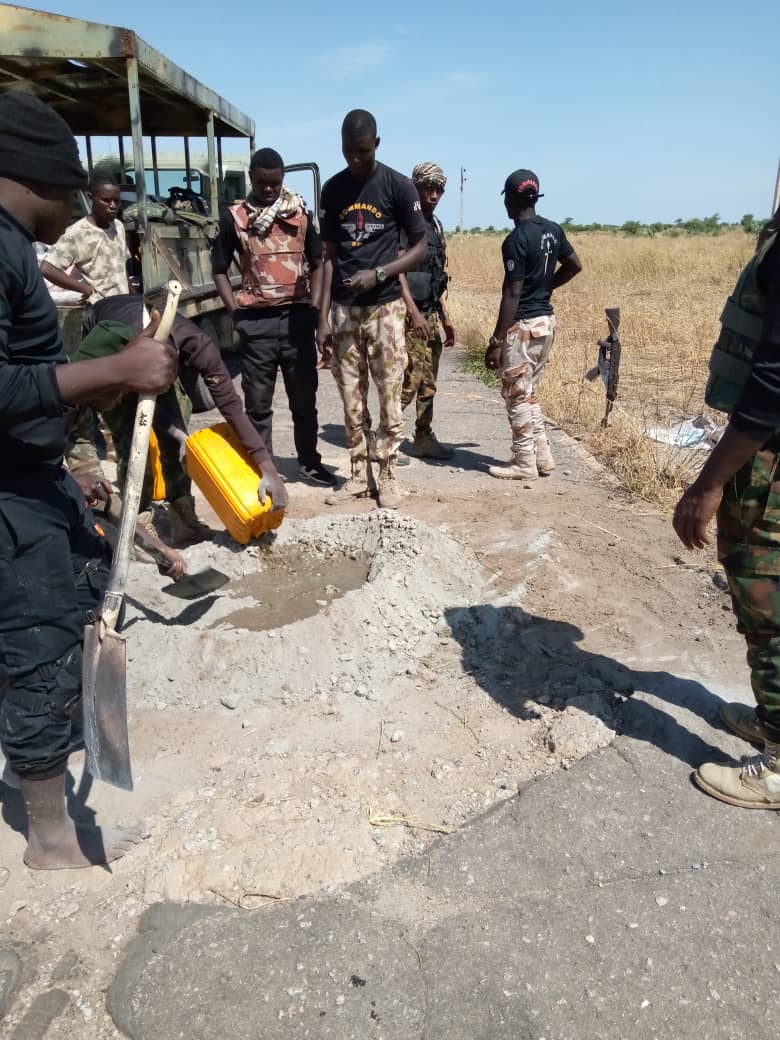 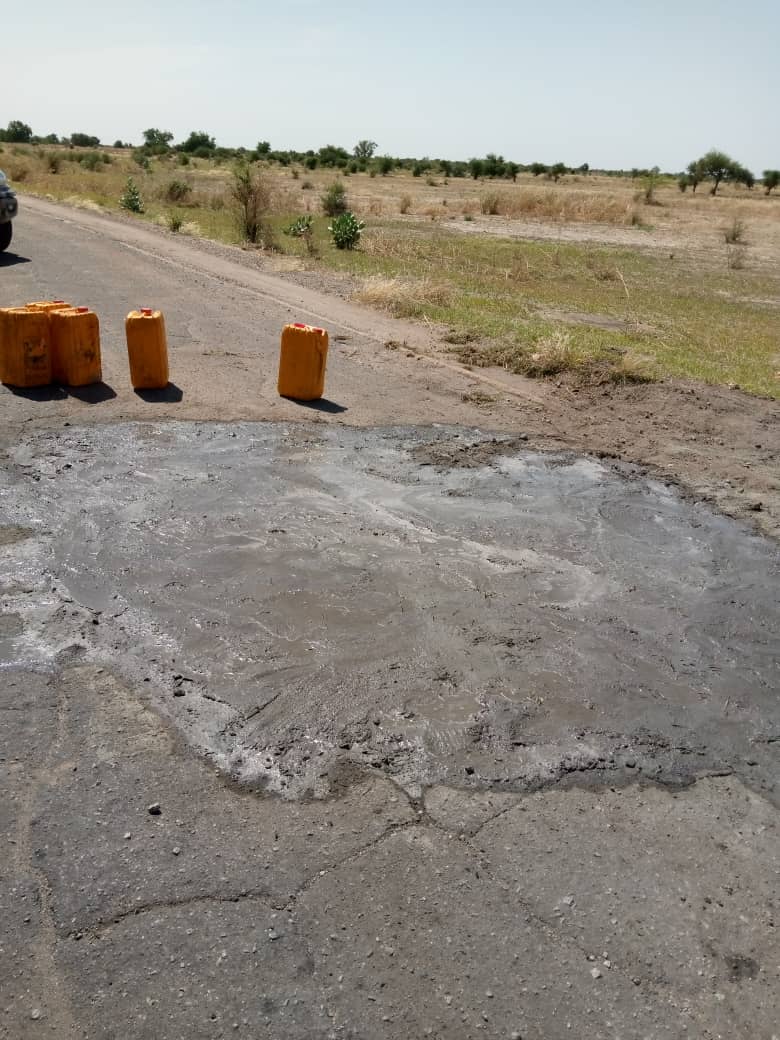 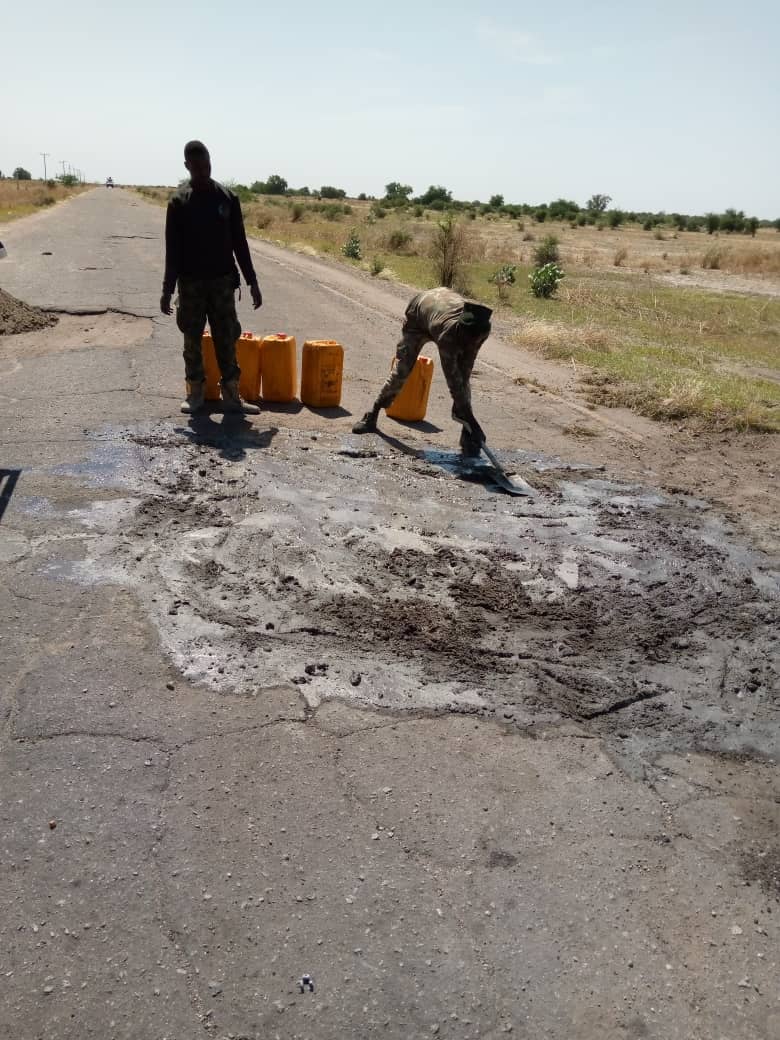 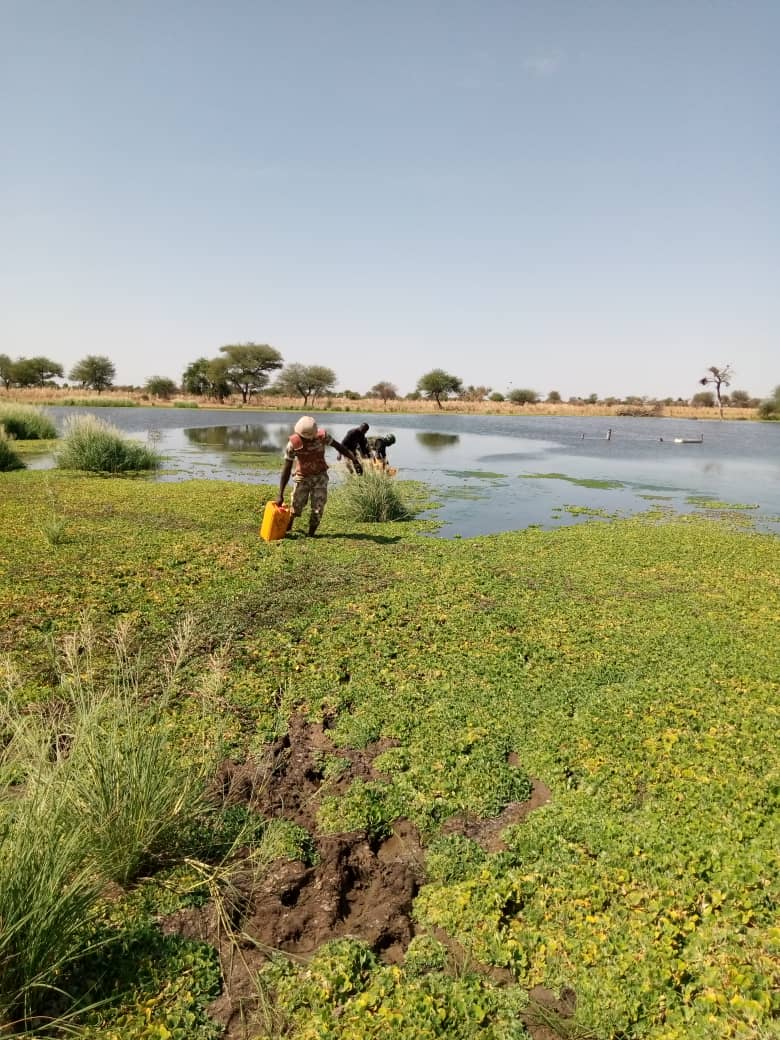 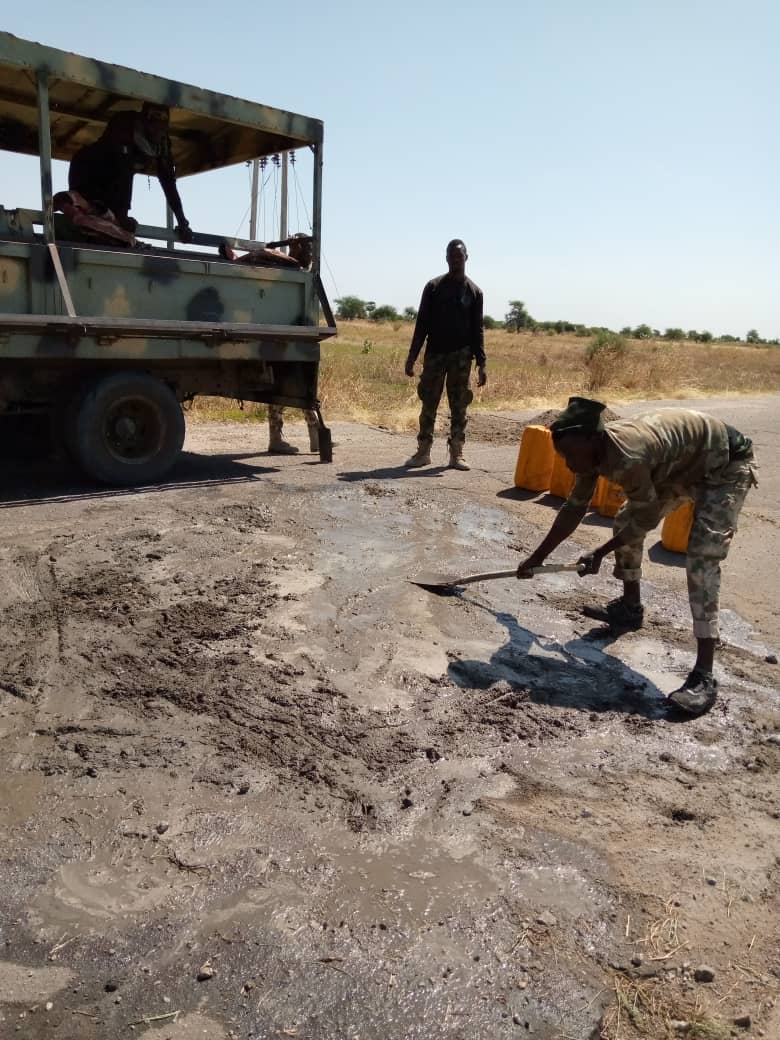 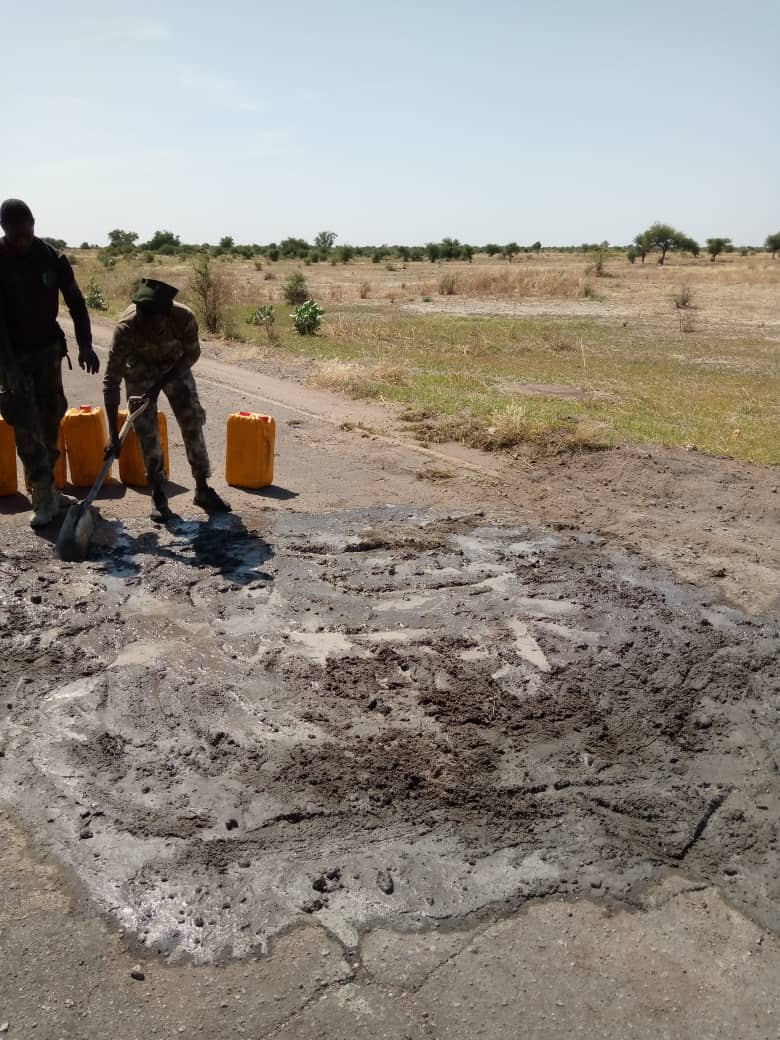 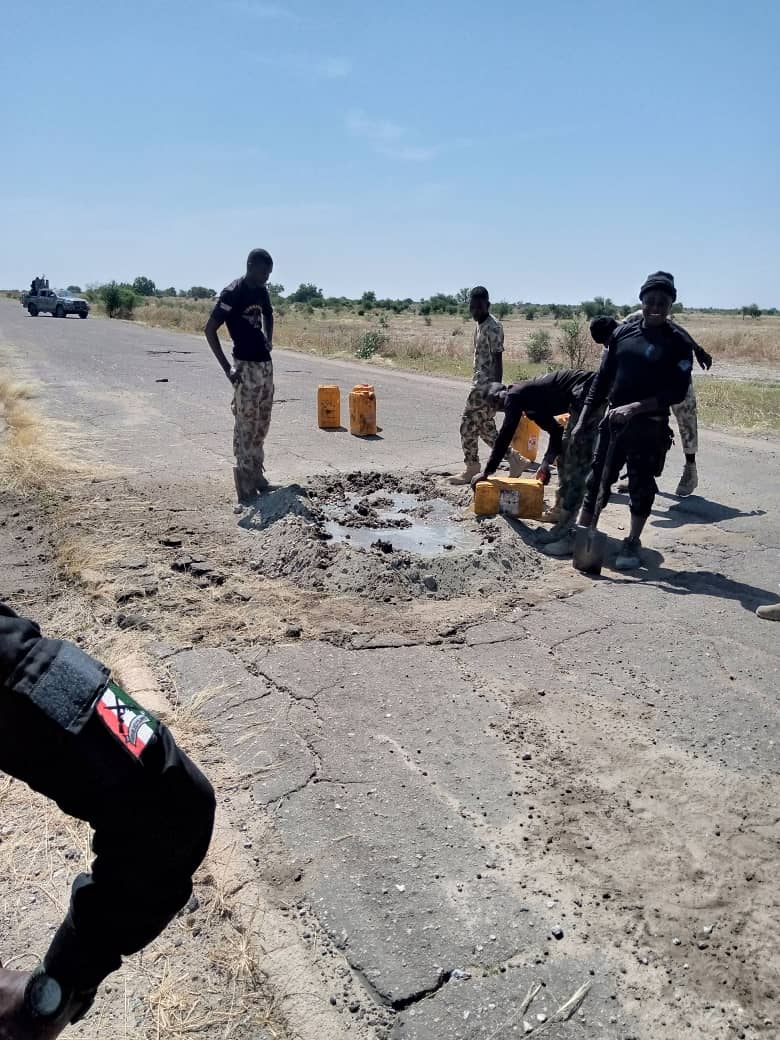 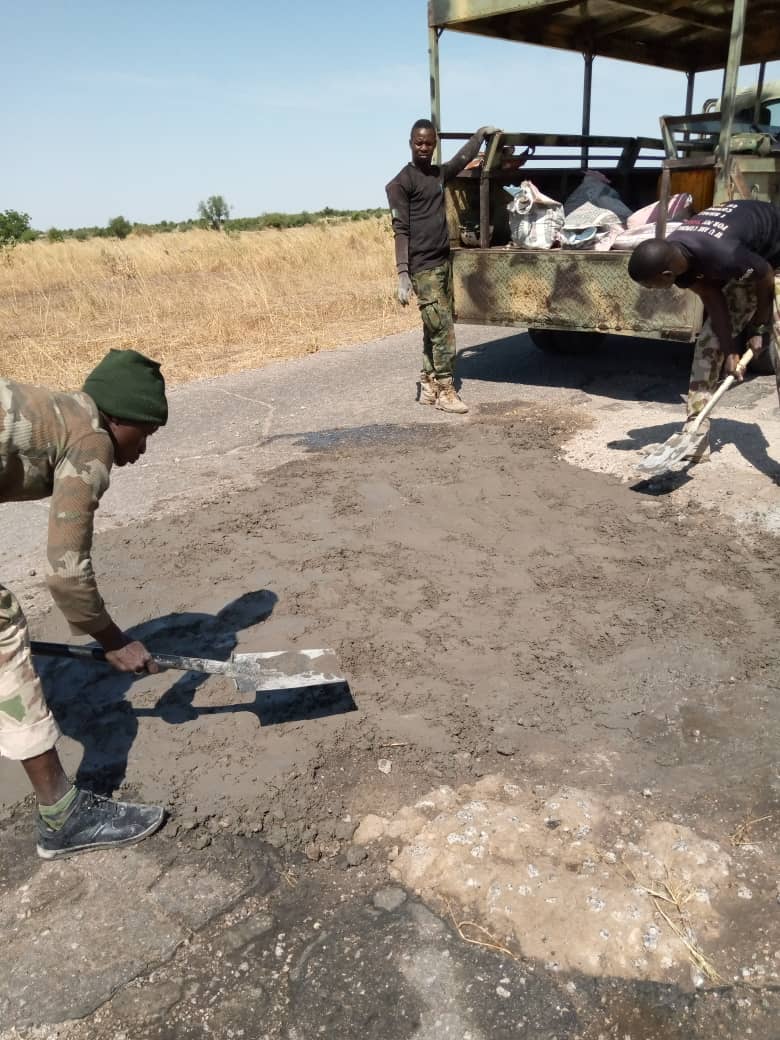 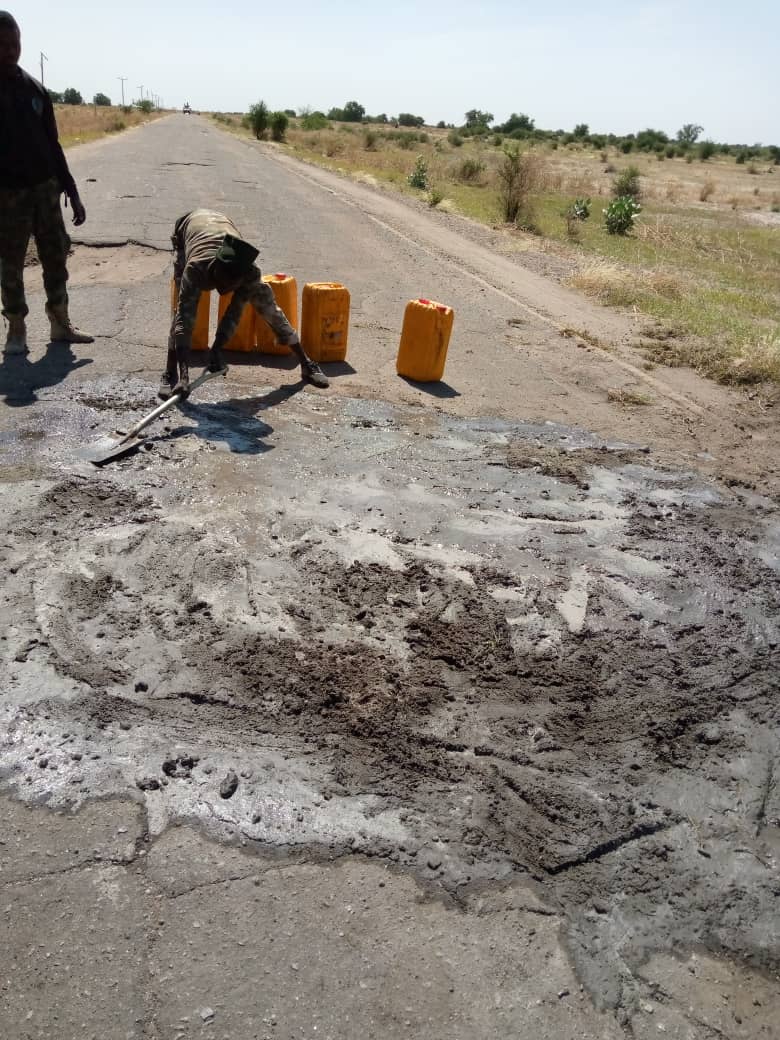 Boko Haram/ISWAP: CALSER raises alarm over donation of weapons by France to…