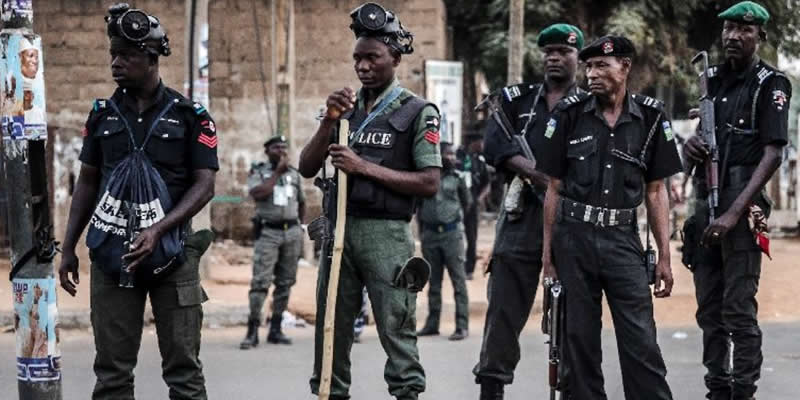 Five police officers have been arrested by the Lagos State Police Command over alleged extortion.

WITHIN NIGERIA learnt that the sum of N705,000 was extorted from one Kazeem Jamiu, a 29-year-old resident of Sagamu in Ogun state last week.

While reacting to the incident, the Police Public Relations in the state, DSP Bala Elkana announced that the money has been returned to Mr Jamiu and the officers involved in the extortion are being held in custody and will soon be made to face appropriate disciplinary actions.

The officers were arrested after Mr Jamiu reported the extortion to the Rule of Law and Accountability Advocacy Centre (RULAAC), a civil society group who petitioned the police hierarchy to help retrieve the money.

According to reports, Mr Jamiu narrated how he was extorted and further disclosed to newsmen that five police officers who claimed to be from the disbanded Inspector General of Police Special Tactical Squad, allegedly accosted him close to his residence near NNPC Sagamu and accused him of being a cultist and an internet fraudster because they saw the photograph of a Caucasian lady on his phone.

“I have a lady I’m dating in America normally, and the lady has been to Nigeria before. I tried to explain to them, I know her family members and she also knows all my family members,” Jamiu said.

He said his explanation fell on deaf ears. The policemen subsequently took him from Sagamu to a school opposite the Lagos Police Command, in Ikeja, a distance of 45 kilometres where they extorted him.

He said he originally agreed to give the policemen the N100,000 they demanded before he could be set free. But upon searching his phone the policemen saw he had more money left in his account and they subsequently forced him to part with N705,000.00.

“They took me to the nearest filling station around the police street at ikeja state command to make use of my card for withdrawal,” said Jamiu, who confirmed that the police had returned the money extorted from him by the rogue officers.