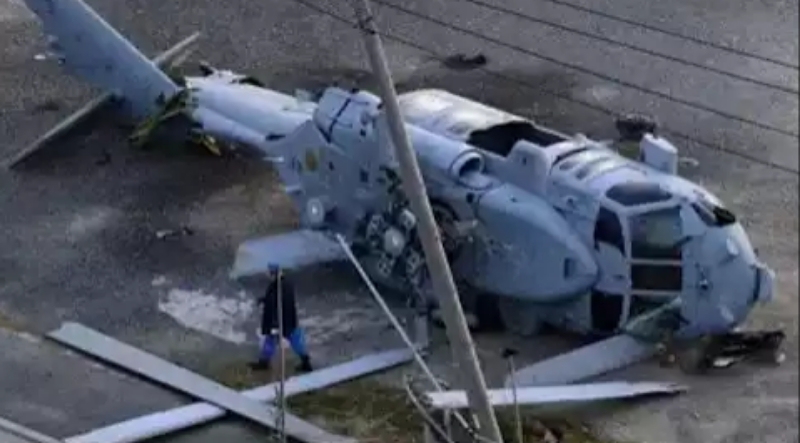 No fewer than 13 soldiers have reportedly lost their lives as two helicopters crashed in Mali and apparently one of the heaviest death tolls in decades the French military suffered.

According to reports, the helicopters apparently collided at low altitude while preparing to attack a group of jihadists, who were being tracked by French commandos, the French general staff said on Tuesday.

All those on board, including six officers and six non-commissioned officers, were killed in the crash, which took place at about 6:40 p.m (1840 GMT). The troops were part of Operation Barkhane, a 4,500-strong French force which backs up local military in the Sahel region against Islamist extremists.

“These thirteen heros had only one goal: to protect us,” French President Emmanuel Macron wrote on Twitter. French troops have been posted in Mali since 2013, when they helped restore government control over the north of the country.

The region had fallen to al-Qaeda-associated militants in the aftermath of a local uprising and a military coup the previous year.  Malian President Ibrahim Aboubacar Keita too paid tribute to the dead soldiers.

Monday’s operation took place in the Liptako area, in the troubled “tri-border region” where Mali, Burkina Faso and Niger meet. The French military said their commandos had been operating on the ground in the area for several days. Hours before the incident, they picked up the trail of a group of jihadists, who were in a pick-up truck and on motorbikes.

Helicopters and warplanes were called in to back up the mission. A Cougar helicopter, carrying six mountain commandos and a mission commander, joined the force to coordinate the action and to be prepared to “extract” a person from the ground, the general staff said.  However, it crashed into a Tigre helicopter “while manoeuvring to prepare engagement of the enemy,” and the two helicopters crashed to the ground a short distance apart, killing all on board.

As of Tuesday morning, large numbers of Operation Barkhane forces were in place for rescue operations and to secure the area, the military said. The incident comes weeks after 53 Malian soldiers and a civilian were killed in a suspected jihadist attack on a military post in the north of the country. According to newspaper Le Figaro, 23 French soldiers in total had died in Mali as of Nov. 10.